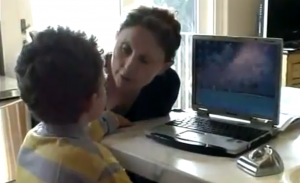 New York — A woman who killed her 8-year-old son with autism at their New York hotel room back in 2010 was sentenced to 18 years in prison.

Gigi Jordan, who killed her son Jude Mirra, received her sentence Thursday last week and was told that she will also need to undergo post-release supervision of five years after she completes 18 years behind bars.

Jordan reportedly killed her son by making him ingest a poisonous mix of substances including some drugs, pain killers, and vodka. According to District Attorney Cy Vance:

“No one – and particularly no child – deserves the type of death that Jude Mirra suffered at the hands of his mother. The poisoning and killing of an 8-year-old boy is a premeditated act of child abuse. After five years, justice has finally been served with today’s sentence of 18 years in state prison.”

Jordan’s lawyers argued that their client’s actions were done out of fear and desperation because she said she feared her child was being sexually abused, but Supreme Court Judge Charles Solomon said:

“She decided to kill Jude in order to protect him from a lifetime of sexual torture, but there was no credible evidence he was the victim of sexual abuse of any kind.”

The jury on Jordan’s case reached a verdict after five grueling days of deliberations. According to the District Attorney:

“The jury, by its verdict of guilty to manslaughter in the first degree, has finally held the defendant accountable for killing her non-verbal, autistic child.”

“Gigi Jordan showed no mercy to her son, and should receive none at the time of her sentencing. I would like to thank the jurors, who sat through weeks of horrific testimony, as well as my office’s tireless prosecutors, who over a period of four and a half years ensured that justice would be done in this matter.”

Previous reports from Autism Daily Newscast can be found here.