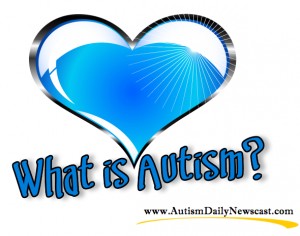 Autism is a developmental disability that affects communication, social interaction, and sensory-motor systems. Symptoms, which can range from mild to severe, include difficulty with social interaction, verbal and non-verbal communication, and repetitive behaviors. It tends to affect boys more often than girls, and the rate of autism diagnosis has risen from one in 88 children to one in 50. It is usually diagnosed between the ages of 12-36 months, though for some the diagnosis may come much later, even into adulthood.

Autism is sometimes referred to as ASD (Autism Spectrum Disorder). This is because symptoms can range from mild to severe, and everything in between, so no two people with autism present in exactly the same way. Those on the severe end of the spectrum tend to be nonverbal, with severe sensory and behavioral difficulties. Those on the milder end of the spectrum can speak, and may seem quite normal, except for some social and behavioral idiosyncrasies. Most individuals with autism fall somewhere in between.

What are the signs of Autism?

While the severity of symptoms can vary from one individual to the next, there are certain traits that are common to all people with autism. Lack of social reciprocity is one core trait. This can range from a complete disinterest in other people, to a person who has difficulty making and sustaining conversation. Early signs include lack of eye contact, failure to respond to one’s name, and lack of interest in typical baby-caregiver games such as peek-a-boo. Typically developing babies are hard-wired to be interested in people. They will turn towards people, watch what they do, and interact using gestures and sounds. Children who are later diagnosed with autism tend to be more interested in objects.

Another sign is difficulty with verbal and non-verbal communication. Some people with autism are unable to speak at all. Others can talk, but have difficulty with conversation and social interaction. Some children with autism never develop speech at all. Others start to use words, then suddenly stop. And some develop speech normally, but only want to talk about a limited range of topics. Most will also show a delay or lack of non-verbal communication, such as gestures, facial expressions, and tone of voice.

Repetitive, stereotypical movements are also common to individuals with autism. Self-stimulatory behaviors, called “stims”, can range from hand flapping, jumping, swinging, or rocking, to name a few. Everybody stims to some degree, for example, toe tapping or drumming one’s fingers, but people with autism stim more often, and their stims tend to be more noticeable. All children engage in behaviors such as jumping, but these behaviors will be more pronounced in a child with autism.

People with autism usually suffer from sensory dysfunction as well. Sensory dysfunction can take many forms. Everybody has five senses: taste, touch, smell, sight, and hearing. Any of these senses can be either hyper-sensitive or hypo-sensitive. For example, a person with hyper-sensitive hearing will hear sounds that other people wouldn’t even notice. A person with hypo-sensitive hearing may not respond to a very loud, jarring noise. In any given individual with autism, these five senses can be affected in any combination of hyper or hypo-sensitivities, which leads to the wide range of sensory issues that affect people with autism. This is one of the reasons why there is no “typical” person with autism.

Another sign of autism is a need for routine and sameness. All young children benefit from a regular routine, but children with autism may become extremely upset at an unexpected event or change in routine. They may want to wear the same clothes every day, and eat the same foods.

Scientists have yet to discover a cause for autism, though there are several theories. Most would agree that there is some genetic component, though the increasing rates of the disorder suggest that there must be some environmental factors as well. Some parents, including actress Jenny McCarthy, have felt that childhood vaccinations triggered their child’s autism, but this theory has not been proven by any rigorous scientific research. In fact a dozen peer review research studies have clearly indicated that vaccines do not cause autism. Studies have suggested links to environmental toxins, but no definitive cause has been discovered yet.

Finding a “cure” is tricky, because autism is a disorder that shows up as a series of symptoms, rather than as a particular biological reaction in the body. It is not a disorder that can be diagnosed with a blood test or a throat culture. For most diseases, a “cure” is defined as the absence of pathology – for example, one is “cured” of cancer when the cancer cells are gone. Autism does not work that way.

It is, however, possible to decrease the effect the symptoms of the disorder have on an individual, with the proper interventions. Studies have shown that intensive early behavioral interventions can improve symptoms and lead to a better quality of life in adulthood. While no particular approach has been shown to “cure” autism, it is possible to help people with autism overcome their challenges, and for many to live happy, productive lives.