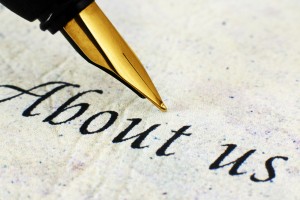 Autism Daily Newscast is an official Google News site. It is independently owned and operated.

We report on current events of interest and importance to those on the autism spectrum and those who love them. Our main focus is on current issues around health concerns, life style, latest research and technology as it relates to autism spectrum disorder.  Our goal is to provide useful and valuable information that is written in an easy to understand format.

Other topics include entertainment, education, careers, politics and interesting people profiles. In addition, we review the latest gadgets and products that might be useful to those on the autism spectrum. We attempt to identify the pros and cons from this perspective and then publish the results.

Inclusion in our newscast should not be assumed as a recommendation or endorsement. Autism Daily Newscast does not endorse any treatment, medications, or therapies for autism. The written materials contained on this site are for informational purposes only.

While we do accept advertising, we are not associated with any organization.

For more on our choice of language go to our Editorial Policy.

Autism Daily Newscast exploded onto the scene in ways we never imagined. We launched late October, 2012 with the intention of putting up one good news article each week and by June we were publishing daily. Slowly we grew our writers until we had a good solid team. On the first day of Spring, 2013 we launched our Facebook Page and on July 5th our Twitter page went live. For the second half of 2013, our objective was to publish important news articles three times or more a day. We had over 1,000 visits a day.

Beginning in 2014, we publish, on average, five times a day. We actively sought out writers on the spectrum and by the summer had two young adults writing very popular posts. One is Maymay our resident autistic film critic and the other Paddy-Joe Moran who writes thoughtful articles to create awareness about autism. Our readership has double in one year.

In 2015, we have expanded to include more regular contributors, particularly from those on the spectrum. We have also added three more columnists on topics: Parent’s Corner, Exploring Autism and Autism Inside Out.

We see ourselves as a news media company and we will continue to seek out all stories that have relevancy to the autism community at large.  If you want to know what is happening this month, this week and today in the world of autism – you will find it here.

Our mission is to provide the best independent and international platform for those who want to share their stories, work, projects and ideas regarding autism in the broadest sense.

We believe there should and must be a place for all voices of those on the spectrum to be heard and we believe that Autism Daily Newscast and ASDigest are those places. However, this will not be at the expense of silencing any segment of the autism or autistic community.

Autism Daily Newscast does not believe in reinventing the wheel.  We look to others for best practices. The Huffington Post which calls itself  “a user community and actively encourages commenting on news stories and blog posts” is a good model for us.  We love Huffington Post; they are a great source of stories and resources for us.  In fact, a couple of our journalists contribute to HuffingtonPost.com

We will continue to seek out writers on the spectrum who can provide a unique perspective on world events, entertainment and life style issues. At the same time, we will encourage submissions from neurotypicals (NTs) who can add value to the dialogue.

Reuters values are ones worth aspiring to as it specifically relates to ASD:

Where ever you look when it comes to autism and autism awareness, you are bound to see some bright puzzle pieces.  We think it has served its purpose and it is time to move on.

Here is a comprehensive definition from The Autism Society.

The puzzle pattern reflects the mystery and complexity of the autism spectrum. The different colors and shapes represent the diversity of the people and families living with the condition. The brightness of the ribbon signals hope—hope that through increased awareness of autism, and through early intervention and appropriate treatments, people with autism will lead fuller, more complete lives.

Autism Daily Newscast’s first logo tried to capture some of the complexities.

Our new logo (October 15, 2013) reflects a simple design in keeping with the launch of our sister publication, “Autistic Spectrum Digest” which launched in November 2013.