Reader Letter : A tribute to Edward 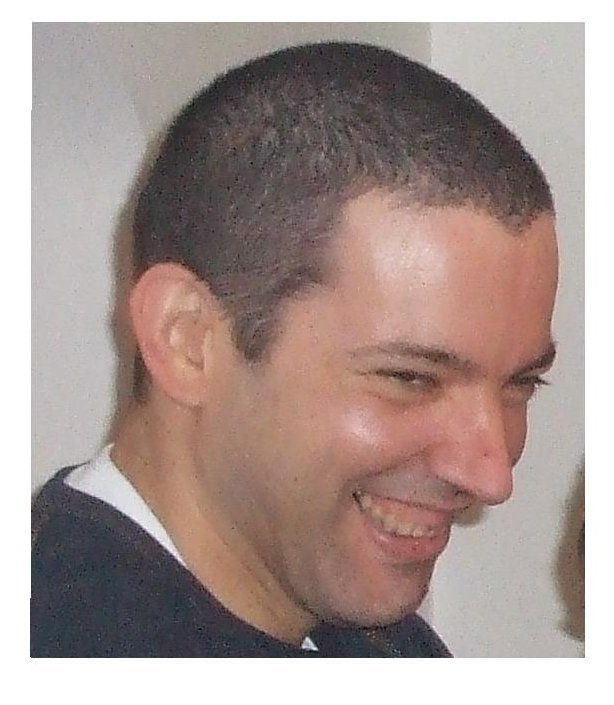 Occasionally Autism Daily Newscast receive reader emails, or letters as response to our stories. This particularly touching reader letter was received in response to a News in brief run on February 16.

It was sent in by Melvyn Newell, father of Edward Newell who experienced similar difficulties to Dr Jason Clarke regarding Edward’s care in South West London. Edward sadly passed away in June of last year.

This is the story of my late son Edward dealt with by the same people with whom Dr Jason Clark is involved. I read this at his funeral:

I thought that as well as a tribute everyone might like to know a little about the problems Edward had to endure in his short life.

Edward was the eldest of three children born in Redhill Hospital in 1972, a beautiful,happy and healthy boy, joined by his sister Katie when he was two, and his brother William when he was 4. The three children were brought up together and remained very close.

Having dual nationality and a large French family, Edward made regular visits to France throughout his life. His presence was always a joy to all, his French was quite good, and he loved to use it.

He was extremely close to, and adored, by his grandparents in England.

Edward went to nursery school in England and, being a little slow, started primary school a term later than usual. He failed to master reading and writing and when it was suggested he ought to go to an Educationally Sub-Normal School he was kept and taught at home for a year. Eventually he went to Coldharbour ESN School in Croydon.

In 1979 he accompanied the family to Chicago and Montreal during the summer months.

In 1983 he was with us in Los Angeles. This proved to be a turning point for Edward as the US education authorities treated him as a child with “exceptional needs” rather than “educationally sub-normal”. The effect of that re-wording of a label changed everything.

He attended Oxnard Street School in the San Bernadino Valley while his sister and brother went to Valley View Primary School in Hollywood. The climate, lifestyle, outdoor activities, and his entry into mainstream schooling with dedicated teachers, one of which was Sue Naness, a remarkable special needs teacher, meant that he developed by leaps and bounds.

Returning to England it was hoped that the English education authorities would appreciate what an enlightened approach to meet his needs could achieve. Unfortunately this did not happen.

The family moved to Beckenham when Edward was 14 and he attended Woodbrook School. When that school failed to meet his needs he was kept and taught at home again for another year, while a suitable placement could be found. After many trial placements he went to St Piers Hospital School at Lingfield in 1989, boarding during weekdays and home at weekends.

There was a crisis in 1992 when the Local Authority demanded his removal from Lingfield, against professional and medical advice, to the care of Social Services. A High Court Judicial Review returned him to Lingfield for a short period but Edward’s life never really fully recovered from this event.

Relationships between the family and the Local Authority were soured at this time and have continued up to the end of his life.

One of the purposes for the Memorial we plan in Edward’s memory is in acknowledgement of this period in Edward’s life, in order to share our experiences with those who can be expected to endure similar situations in the future.

A placement in Hook in Surrey, when the family was advised not to visit for a period of time to allow him to settle in, proved disastrous. On a November night in 1992 we discharged him from a mental hospital in Basingstoke and brought him home, nursing him back to health in two weeks.

At this time the psychiatrists became involved labelling him with a psychiatric disorder, which has remained in his medical records. He moved to weekday residence at St Leonards-on-Sea until 2001.

An 8-year battle with a psychiatrist followed, who withdrew only after Edward was taken to France, to the St Antoine Hospital in Lille, for further opinion. The outcome was another move to weekday residence in Morden.

Pressure from France and his French family led to referrals for genetic tests at St George’s Hospital Tooting and the Maudsley Hospital in 2004.

It followed that there was no evidence at that time of the psychiatric label he had been given, but he was found to be autistic.

Recommendations for dealing with his autism were ignored leading to over-medication, described by the GP as the cosh effect.

In 2008 we were called to meetings with Social Services who wanted to move Edward, informing us they had to achieve a cost cutting exercise, to an in-borough placement in Penge.

Edward did not manage the move well and was returned eventually to Morden. From this date he declined slowly and continually; all our pleas and attempts to address the problems were ignored.

In November 2009 the Morden placement broke down and Edward was moved to Tolworth Mental Hospital, sectioned under the Mental Health Act, for all medication to be withdrawn and his life re-built. There was a promise that there was an excellent chance for recovery.

In February this year he was admitted to Kingston Hospital with catastrophic weight loss (20kg since last Christmas) while at Tolworth. He stopped breathing and lost consciousness on 8 March recovering after three weeks in intensive care. In May he was moved to St Helier Hospital awaiting a move to Putney Neuro-Disability Hospital to treat brain damage caused by the weight loss.

His swallow was affected and his last food and drink by mouth was on 19 February. He passed away on 21 June from respiratory pneumonia.

The family will hold the memory of his laughter and love of life. At the same time, there are many questions to be resolved.

He brought so much to all of us. The love from his family, brother and sister runs deep.

During the week we worried about him and looked forward to the weekends when he was with us. We now need to think about the extent to which our lives have been shaped by his personality and presence, and the changes to our lives by our loss.

We would like to thank the Newell family for sharing such a personal story with us and our readership, a charity facebook page has been set up in Edwards name which you can access here.

Brynjar Karl – from Iceland is an 11 END_OF_DOCUMENT_TOKEN_TO_BE_REPLACED

Everyone experiences anxiety at one time or another, END_OF_DOCUMENT_TOKEN_TO_BE_REPLACED

Autism is a complex disorder with many facets. END_OF_DOCUMENT_TOKEN_TO_BE_REPLACED