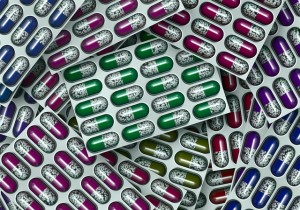 Two thirds of children  diagnosed with autism io the USA are medicated with one or more drug.

According to a study published in the Journal of Pediatrics on October 14, a survey of over 60,000 autistic or ASD children claims that 64pc of them are on one or more psychotopic drug.

The study states to have discovered:

Of the sample, 56% used at least 1 psychotropic medication, 20% of whom were prescribed ≥3 medications concurrently. Use was common even in children aged 0 to 2 years (18%) and 3 to 5 years (32%). Neuroleptic drugs were the most common psychotropic class (31%), followed by antidepressants (25%) and stimulants (22%).

Older children and those with co-occurring conditions like seizures, attention-deficit disorders, anxiety, bipolar disorder or depression were more likely to be taking psychotropic drugs, the study found.

Meanwhile, children with autism living in the North East and  West were less likely to be taking medication while those in the South had higher odds of being prescribed one or more psychotropic drugs, the findings indicated.

The study was conducted by a combination of fellows from Drexel University, OptumInsight, The Lewin Group and OptumHealth Behavioral Solutions.

Trends in medication use by state may indicate a lack of behavioural therapies widely available throughout differentiating US states. Researchers commented:

“Despite minimal evidence of the effectiveness or appropriateness of multi-drug treatment of ASD, psychotropic medications are commonly used, singly and in combination, for ASD and its co-occurring conditions.”

They said the findings point to an immediate need to establish “standards of care” around the presciption of psychotropic medications for those with autism.

A previous study conducted by Medicaid also seems to indicate that this is the case for most diagnosed children throughout the country, although this study looked only at children receiving private healthcare.

“Psychotropic medication use is common among even very young children with autism spectrum disorders. Factors unrelated to clinical presentation seem highly associated with prescribing practices. Given the limited evidence base, there is an urgent need to assess the risks, benefits, and costs of medication use and understand the local and national policies that affect medication use.”