“Ten years ago, we started Autism Speaks because we were shocked at the lack of research, awareness, and access to care for the fastest growing developmental condition in the world,” Mr. Wright said in making this announcement. “We set out to change that from the bottom up, by giving a voice to parents and families, and from the top down, by pressing the medical research community, policy makers, and corporate leaders for action. We have made progress, but there is still work to be done. Brian Kelly has been a big voice at the Autism Speaks table and, as the new Chairman, he is prepared to carry the torch forward on behalf of our families.”

“As a parent of a child on the spectrum, I joined Autism Speaks because I saw how underserved the autism community was and knew Bob was the right leader to change that. I am honored and humbled to have been elected Chairman of the Board as we embark on the next chapter of our mission,” said Brian Kelly. “We hear from families every day that they need supports and services more than ever. Autism Speaks will continue to drive a leadership agenda around the issues that matter most to parents. We will partner with community organizations, businesses, educators, and researchers across the country to foster innovation that will improve the lives and futures of people across the autism spectrum.”

“Bob Wright brought his decades of executive experience at GE and NBC Universal to change the world for people affected by autism,” said Liz Feld, President of Autism Speaks. “Because of Bob’s leadership, millions of families feel more accepted, empowered, and hopeful.  He has been a tireless champion for better research, greater health care coverage, and access to affordable services that impact the daily lives of individuals living with autism. Bob’s legacy is set. He has built a foundation that is prepared to meet the challenges and opportunities ahead for the autism community. Brian Kelly assumes his role as Chairman from a position of strength and we are poised for further success under his leadership.”

Mr. Kelly, 53, served as Chair of the Audit and Family Services Committees until his election as Chairman of the Board. In 2005, he and his wife, Tricia, donated $2.35 million dollars to The Autism Research and Training Center at UC Santa Barbara’s Gevirtz Graduate School of Education that provided enhanced facilities for what is widely recognized as one of the nation’s leading centers for the diagnosis, evaluation, and treatment of autism. In 2006, Mr. Kelly was a leader in the property acquisition and development of the Melmark New England campus in Andover, Massachusetts, a school that services individuals with autism and other disabilities. In 2013, the Kellys established the Brian & Patricia Kelly Postsecondary Scholarship Fund at Autism Speaks to support vocational and educational opportunities for young adults on the spectrum.

Mr. Kelly is co-founder of Eastern Real Estate LLC, a leading commercial real estate investment, development, and asset management firm.  Mr. Kelly was raised in New York and then Boston, where he met his wife.  They now reside in Santa Barbara, California with their six children.  Their eldest child, Patrick, has autism.

Bob and Suzanne Wright will be honored for their decade of service with a celebrity Chef Gala in Los Angeles, California on October 8th and at The Winter Ball at the Metropolitan Museum in New York on December 8th.

About Autism Speaks
Autism Speaks was founded by Suzanne and Bob Wright in 2005. Mr. Wright is the former Vice Chairman of General Electric and Chief Executive Officer of NBC and NBC Universal. The organization is dedicated to funding research into the causes, prevention, treatments and a cure for autism; increasing awareness of autism spectrum disorders; and advocating for the needs of individuals with autism and their families.  Since its inception, Autism Speaks has raised and invested more than $550 million, in science and medical research, advocacy, awareness and family service programs. Each year Walk Now for Autism Speaks events are held in more than 100 cities across North America. Autism Speaks has helped to secure autism insurance coverage in 41 states and $3 billion dollars in federal autism research through congressional action. Autism Speaks is currently engaged in an historic whole genome sequencing project with Google. The organization has established partnerships in more than 60 countries on five continents to foster international research, services and awareness. To learn more about Autism Speaks, please visit AutismSpeaks.org.

Source: PR Newswire: Autism Speaks Co-Founder Bob Wright To Step Down As Chairman Of The Board: http://www.prnewswire.com/news-releases/autism-speaks-co-founder-bob-wright-to-step-down-as-chairman-of-the-board-300076172.html 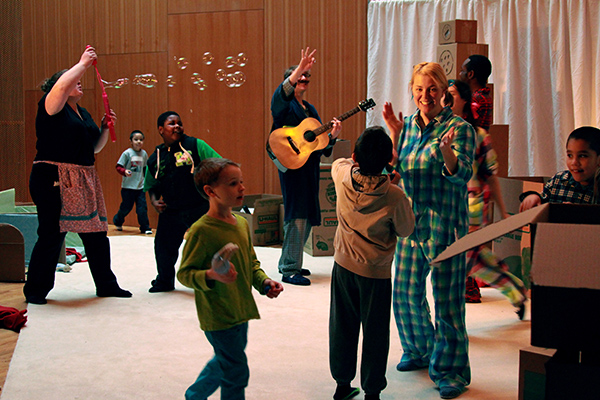