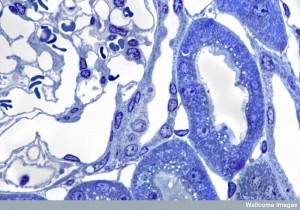 New research from the Columbia University Medical Center in New York adds to the growing literature suggesting that mitochondrial dysfunction may be over-represented in cases of autism spectrum disorder (ASD). Based on an analysis of brain imaging findings, researchers concluded that there is evidence “for a possible neurobiological subtype of mitochondrial dysfunction in ASD”.

Mitochondria represent the powerplants of cells given their role in generating an important form of energy used by cells of the body. As part of a complex series of structures found in cells, they participate in various intricate chemical reactions involved in the formation of ATP (adenosine triphosphate) and onwards the transfer of energy for healthy cell function. Dysfunction of mitochondria are associated with several disease states, either as a result of genetic mutations in the mitochondrial DNA or following more environmentally-led effects acting on the functions of mitochondria.

The latest research from Suzanne Goh and colleagues looked to assess brain lactate levels in a group diagnosed with an ASD compared to asymptomatic controls. Lactate levels when elevated can indicate mitochondrial dysfunction and have been reported as being increased in cases of autism when looking at other body fluids such as plasma. Goh and colleagues found that an analysis of brain lactate levels using sophisticated brain imaging technology revealed elevations in brain levels of this marker in 13% of participants with autism compared with only 1% of controls.

Further commentary on this study can be found at: http://questioning-answers.blogspot.com/2014/04/mitochondrial-dysfunction-as-neurobiological-subtype-autism.html