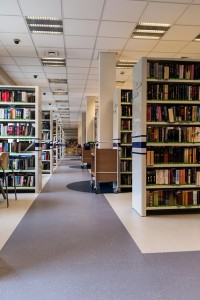 Jackson, MS – An autism resource center has recently been opened at the Eudora Welty Library.

With ASD incidents becoming increasingly prevalent throughout the United States, the need for specially designed facilities within the country’s library system has now arisen. Thus, the resource center will endeavor to create a space that accommodates the specific needs that individuals with autism have while still facilitating learning through books and other reading material.

It will be designed with the needs of those with autism in mind by adding a resource specialist to its staff in addition to new books on autism for parents. The center will also feature a computer with large, advanced graphics that will be user-friendly for those on the spectrum who are visual learners. Patty Furr, the executive director of the Jackson Hinds Library system notes:

“Some call it an epidemic at least it’s definitely a trend and we think that it’s important to include these individuals and serve them. They are the public as well as the general public.”

The response to the library’s efforts has been resoundingly positive, specifically from school boards throughout the community. However Furr asserts that their goal is to also ensure that families who are in need of the resources that the library provides know that they are now available.