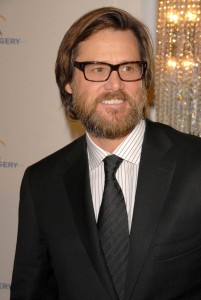 This week the news and social media networks have been busy discussing and condemning Jim Carrey on his outspoken views regarding vaccination and autism.

“California Gov says yes to poisoning more children with mercury and aluminum in manditory [sic] vaccines. This corporate fascist must be stopped,”

He then further tweeted:

“They say mercury in fish is dangerous but forcing all of our children to be injected with mercury in thimerosol [sic] is no risk. Make sense?”

“I am not anti-vaccine. I am anti-thimerosal, anti-mercury. They have taken some of the mercury laden thimerosal out of vaccines. NOT ALL!”

Jeffrey Kluger on Time.com added Mr Carrey to a list of ‘board-certified jesters’, that include Andrew Wakefield, Rob Schneider and his ex  Jenny McCarthy. Ms McCartney famously reported that her vaccine injured son was cured by a gluten free diet.

Emily Willingham writing on Forbes told of how Carrey, by using twitter to get his message across about the use of ‘greener’ vaccines, unleashed tweets from those fiercely opposed to his views and the way he was stating them. Carrey is very vocal on his point of view that vaccines cause autism.  What also caused outrage was that Mr Carrey posted images of distressed children along with his tweets.

As Emily Willingham so eloquently points out in her Forbes article, Mr Carrey drew more than just attention for his outspoken views. He caused outrage  and upset by using an image of  14-year-old Alex Echols, who has autism and tuberous sclerosis (TSC), when he did not have permission to do so. However, what this has achieved, although unwittingly, is that Mr Carrey has managed to draw attention to the genetic condition TSC and its association with autism.

‘In fact, about a third to half of children who have tuberous sclerosis could also be diagnosed with autism. Each condition is associated with seizures, and there are hints that disrupted connections among brain regions might be responsible for both the seizures and the social communication deficits of autism.’

BuzzFeed news report that the image of Alex was removed from Mr Carrey’s tweet after the family filed a copyright complaint to Twitter. Alex’s mother told BuzzFeed news:

“I’m very disgusted and sickened that a celebrity would use a photo like this that was used in the first place to spread awareness of Tuberous Sclerosis to mock him and and my sister for vaccinations,” Welch wrote. “Even if that was not his intended outcome, it is what happened.”

It has been suggested by several tweeters that Mr Carrey should make a donation to the Tuberous Sclerosis Alliance, for using an image of a distressed boy that he did not have permission to use.