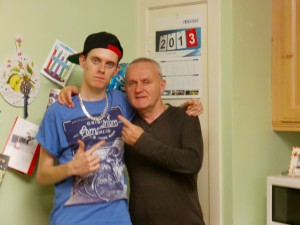 Raymond and Ryan Larmour, Cookstown, Northern Ireland – Autism Daily Newscast share and celebrate all achievements by those individuals who are on the autistic spectrum and especially those within the arts and entertainment industry.

We recently had the great pleasure of talking to Raymond Larmour whose son Ryan, 18 has Asperger’s Syndrome. Raymond wanted to share Ryan’s story with us and celebrate how this remarkable young man has used his own life experiences to become the rapper known as W.A.D (We’re All Different)

Raymond first spoke about Ryan’s school years and that school unfortunately was not a happy experience for his son, indeed he was glad to leave. It was during these school years that sadly Ryan self-harmed but he stopped self-harming once he left school at 16.

Ryan at present works at a local club in Cookstown called The Superstars Club that was founded in 2005 by the family of John McAvoy, a teenager with Down’s syndrome and Autism. The club is for all people with learning difficulties from teenage years upwards.

“We provide care, support, fun and friendship in a safe environment, whilst giving members the opportunity to experience new challenges and learn new skills.”

Ryan goes to The Superstars Club to socialise and he also works there as a chef for two days a week on a Tuesday and Thursday. Raymond told that Ryan absolutely loves it there and that for his son this club is a lifeline. Ryan also goes to a social group every Monday and goes out with others for a meal once every month. Both run by the National Autistic Society.

We asked Raymond when Ryan started to take an interest in music and we were curious to find out what sparked his son to become a rapper. 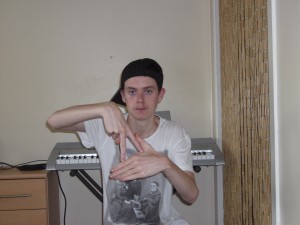 Raymond told that up to the age of 15 Ryan was really into WWE wrestling, and that he would wrestle with his cousin in the family home. They had constructed a wrestling ring in their garden in order for him to enjoy this hobby.

However when travelling to school one day in the taxi, aged 15, ( Ryan attended a specialist school) one of the other boys was listening to rap music and as Ryan showed an interest in it, the boy sent him a couple of songs to listen to on his phone. Raymond said that he had never been bothered with music up until then.

One day, shortly afterwards at home, the found Ryan listening to this rap music and he told his parents that he liked the sound of it.

“He liked that they were getting a message over, complaining about what was going wrong in the system. The songs were standing up for something that was not right.”

This new found love of music then propelled Ryan to start writing his own music and he uploaded the songs onto YouTube. Raymond explained that they were mainly humorous songs about experiences that had happened to him.

Raymond explained to us though that he saw something in his son when listening to these songs.

“I believed that Ryan could use this talent to try and explain to the world about his condition.”

He said to Ryan:

“Why don’t we work together to write a couple of songs.”

And so they did. The first song that they worked together on was called, ‘No Hope, No Future’, this song was about the recession. Raymond told the story of how one night they were watching television together and a rapper on screen kept saying, “You know what I’m saying” and Raymond chose this to be the chorus tag line.

Emma McKeown who is friends with Ryan helped to write the song which took only 30 minutes to record and the video only an hour to film.

However Raymond believed that improvements could be made based on what had already been achieved and so they started to plan their next song and video. During this time Raymond also started to think about what Ryan’s rap persona should be, as he was now a budding rap artist. 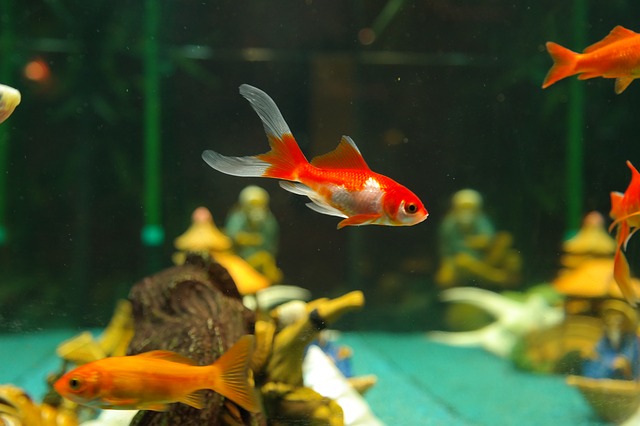