ARE YOU READY TO MEET FOUR AMAZING KIDS!!!!! 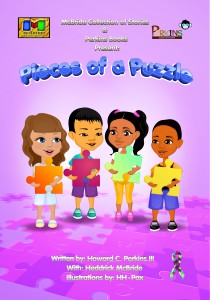 Baltimore, Maryland – Howard C. Perkins is the author of new book, Pieces of a Puzzle that is colourfully illustrated by HH-Pax. The book is described as:

PIECES OF A PUZZLE is about five very ethnically diverse kids who have been diagnosed with ASD and who they interact with, their families and the world around them. These stories will help other children understand their friends and family. It enables them to engage in relationships in a different way. It teaches them that being different is not bad and that we all have differences.

This beautifully illustrated book centres around four stories with each focusing upon a child who is on the autistic spectrum, all of whom have differing needs and challenges. The four stories are, Building Boundaries, How to make Friends, Our Own World, and Where are the Words?

We contacted Howard to find out more about this book, aimed towards those individuals and families affected by autism. He told us that he has been a special education teacher for the last 5 years and that the majority of his students fall on the autism spectrum, ranging from having Asperger’s syndrome, being non verbal and having Rett Syndrome. 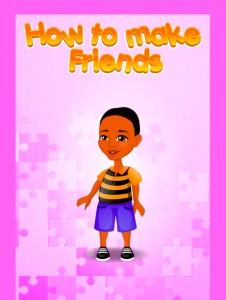 We asked Howard why he decided to write the book, he told us:

“I was thinking how would I like my kids to know about friends they may make. I also had a student by the name of Daniel who had the courage to stand up and read to his peers an essay he wrote called, ‘I Have Autism’.”

He then went on to add that the four stories, Building Boundaries, How to make Friends, Our Own World, and Where are the Words? All tell their own unique story and highlight that autism is indeed a spectrum disorder.

“Just seeing my students live their lives day to day, certain barriers I see them overcome or have trouble with. Then I say, I wish that others could understand this more.” 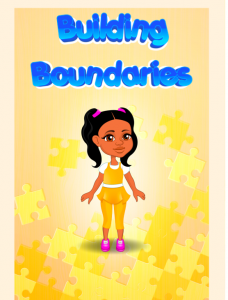 We asked Howard how long the writing process took and how he collaborated with HH-Pax, the illustrator. We also wondered if there was a specific ‘look’ that he wanted to achieve.

“It took me about six weeks to write, because I wanted to include so much more but I know that everything can be overloaded first time around. So I chose to break it up. My publisher connected me with the illustrator HH Pax who is great at her job. What is truly unique is that we were going for a look that was attention grabbing for all who read it.”

This book is primarily aimed for the grade school child, however Howard added:

“but after living with the book while I was writing it, I realized that the whole family, teachers and doctors could benefit from the book.”

Howard told us that he has plans to release further books, including a book on each one of the children featured in this book which will go into more depth about the child. However, the books will show the children in the same fun and child-like light. 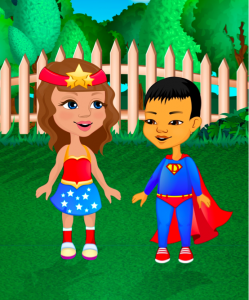 We finally asked Howard if he had a message for our readers. He said:

“Please pick up the book, share it with everyone, those familiar and those not familiar with spectrum disorders. I have found these children to be wonderful and positive influences on my life and believe that this book will have a similar effect on them.”

We would like to wish Howard every success with his book, Pieces of a Puzzle.

You can purchase the book via Createspace here 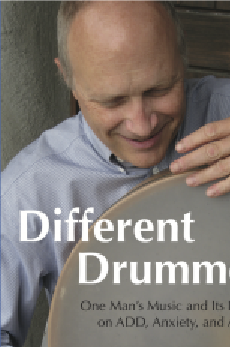