Parents of Philippe Telford, a nineteen year old man with severe autism, reached this point last April.  Amanda Telford told CTVnews Ottawa, Canada that she and her husband no longer had the resources physically, mentally, emotionally or financially to provide the care to secure the safety of their son. That week, Philippe had wandered off from the home and a few days later had swallowed pills that were under lock and key in the house. He had to be taken to the hospital.

In a follow-up CTVnews reports that both mother and son, now 20, are doing well.  Ms Telford explains that she feels great guilt but no regret at leaving her son on the doorsteps of the office of Developmental Services Ontario that is responsible for adult developmental services.  While she took the time to explain to Philippe what was happening, it is unclear how much he could comprehend. Philippe has the mind of a two year old and suffers from other disabilities including insulin-dependent diabetes and Tourette Syndrome.

Social Services were required to report this to police as a case of abandonment.  No charges were laid and all parties stepped in to find at least a short term solution.

Ms Telford, who is a social worker by profession, told CTVnews:

A group home was identified for Philippe who has been living in the same location for four months but a move to another temporary place will be required shortly. Last November, the office for Ontario’s Ombudsman began an investigation into services for adults with developmental disabilities. Almost one thousand letters of complaints have been received to date. Andre Marin is expected to release his report by the end of this year or early in 2014.

Miriam Fry is with an organization called Families Matter and is now also working on a strategy for a Family Bill of Rights which would secure the help to families like the Telford’s living in Ontario. Six months ago she stated:

“Offspring are being left in (hospital) emergency rooms, in government offices. There have been cases of murder suicide. It is definitely a crisis.”

Autism Daily Newscast has recently reported on two alleged attempted murder suicide cases in the USA within the past ten days. The first involved the murder of Alex Spourdalakis and the second late this week involving Kelli Stapelton. 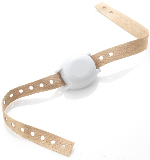