Home
Columns
Exploring Autism
Understanding Autism; A World of Difference – in which nothing is quite what it seems
Prev Article Next Article 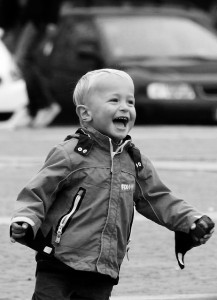 If your child has been diagnosed with an Autistic Spectrum Disorder (ASD) there will no doubt be many times when you find yourself puzzled and concerned. This series aims to help you make sense of the many and varied difficulties such children live with on a daily basis and will also give you a number of tips, ideas and strategies that will make life easier for the whole family.

People with ASD often feel they inhabit another planet, which is why some refer to themselves as aliens. Certainly, judging by their reactions, they find this world both impenetrable and frightening.

Such feelings are often thought to result from the difficulties they have in relating to those around them, and their inability – regardless of intellect – to empathize with or communicate their emotions to others, in the way that most people do. Those ideas are reinforced by the diagnostic criteria which focus mainly upon the difficulties with social relationships and communication and/or unusual behaviors. Even so, those are just the tip of the iceberg.

To determine what underlies them we need to consider the accounts of people with ASD themselves who, time and again, talk of feeling ‘fear, terror or confusion’ and of ‘unusual sensory experiences’ which are similar to those found in children with other learning disabilities like dyslexia, dyspraxia or attention problems – albeit far more severe.

Some people, like myself, believe that those sensory differences also play a major part in ASD. Long known to researchers, most fall into three groups so that the child may be hyper (over) sensitive, hypo (under) sensitive or alternatively, a mixture of both – with vision being even more complex.

So how might those sensory differences affect the child?

Grow up anywhere in the world and, while the language and climate differs, much remains the same.  From birth, the majority of us can see our parents and hear their voices, using all our senses to learn about the world around us.

Initially we learn to associate pleasure and comfort from the warmth, touch, feel and smell of our mother. As we grow we play with our food, enjoying its feel as much as its taste and texture. We have fun playing peek-a-boo and other games with our parents, ‘exploring’ our toys and the objects around us with all our senses. When we are hurt we get comfort from our mother’s touch and find her voice soothing. In short we also use our senses to learn about relationships, the wider world and our place in it.

Imagine though, growing up in a different way, where nothing is quite as it seems. You are not blind but you cannot see properly (although those around you assume you can). Your mother is just a large blob moving towards you; her outstretched arms may even look quite threatening . . . although you can recognize her when she gets close. However careful she is it hurts when she cuddles you or brushes your hair. Things sparkle in the air. They distract and fascinate you. People frighten you for their faces are disjointed and change when they move. Some of them smell overwhelming – of toothpaste, perfume, dogs, smoke. You may find it hard to hear things or find some noises really loud and immensely frightening, like dragons breathing fire . . . Background noises impinge on you all the time and stop you from hearing properly when people are talking. Your mother’s voice is drowned out by the street noise . . .

This is the world inhabited by the child on the autistic spectrum; who experiences the most bizarre sensations. Hardly surprising then to hear such children and adults talk of confusion, terror and fear for those are the only constants in their world: things that leave them at a real disadvantage in understanding and coping with the world around them.

Want to know more? Join me next week to explore the visual differences.