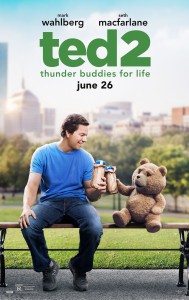 Newlywed couple Ted and Tami-Lynn want to have a baby, but in order to qualify to be a parent, Ted will have to prove he’s a person in a court of law. Seth MacFarlane returns as writer, director and voice star of Ted 2, Universal and Media Rights Capital’s follow-up to the highest-grossing original R-rated comedy of all time. Joined once again by star Mark Wahlberg and fellow Ted writers Alec Sulkin & Wellesley Wild, MacFarlane produces the live action/CG-animated comedy.

I thought this movie was funny. I loved all the nerd references they made in it. I personally thought I would hate it and I didn’t. My favorite part is the Law & Order scene where Ted makes up his own words. Although who would date or marry a teddy bear? That just seems insane. I liked Amanda Seyfried in it. She was funny. I like that her character had no idea about any of the nerdy things. I actually like Ted in this movie. Donny was really creepy but I liked he chose to wear a ninja turtle costume although it would have been  better if he chose to be Donny and not Raph. It would have made more sense although I guess it would have given him away since they have the same name. I still like Mikey and Leo the best out of all four turtles. Ted is actually quite a funny bear. 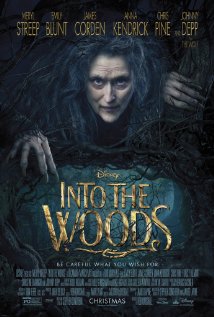