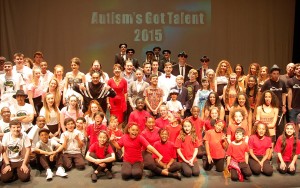 – Autism’s Got Talent, organised by Anna and her team and now in its fourth year, is coming to Teesside for the very first time in partnership with Tees Valley autism charity Daisy Chain.The show, to be staged at the University, celebrates and showcases the many talents which youngsters on the autistic spectrum can display. Performances include singing and dancing, people playing musical instruments, performing magic tricks or even presenting a talk on something they have achieved. All those taking part have autism or Asperger’s syndrome.Anna, who is patron of Daisy Chain, based in Norton on a 5.5 acre farm, said the event is a celebration of ability while also celebrating her links with the charity and Teesside. Three slots during the event will include performers from Daisy Chain. She said: ‘My team and I are so excited to be bringing Autism’s Got Talent to Middlesbrough and to involve the Daisy Chain charity. The audience is going to be wowed by all the performers and it will give these talented individuals the opportunity to show off their talent.’Anna, who is originally from Middlesbrough, became an honorary graduate of Teesside University in 2013 in recognition of her achievements and campaigning. She is mum to sons Patrick and Angelo, who are both affected by autism. Earlier this year Anna took part in The People’s Strictly for Comic Relief, which was broadcast on BBC One during the run up to Red Nose Day.Judith Haysmore, Daisy Chain Chief Executive, added: ‘This is a wonderful opportunity for young people with autism to demonstrate just how talented they are and we are delighted to work with Anna to bring it north for the first time.’Michael Lavery, Executive Director for External Relations at Teesside University, said: ‘We are delighted to be able to offer our support to both Anna and Daisy Chain by offering the facilities to host this show on our campus and I we look forward to enjoying the wealth of talent which will tread the boards of our Brittan Hall theatre.’Autism’s Got Talent will take place at Teesside University’s Brittan Hall on Friday 25 September from 7pm to 9.30pm. Tickets are £10 for adults and £5 for concessions, available from the Daisy Chain Superstore on Portrack Lane, Stockton and Daisy Chain day centre, Calf Fallow Farm, Norton. More information on 01642 531248 or by emailing info@daisychainproject.co.uk 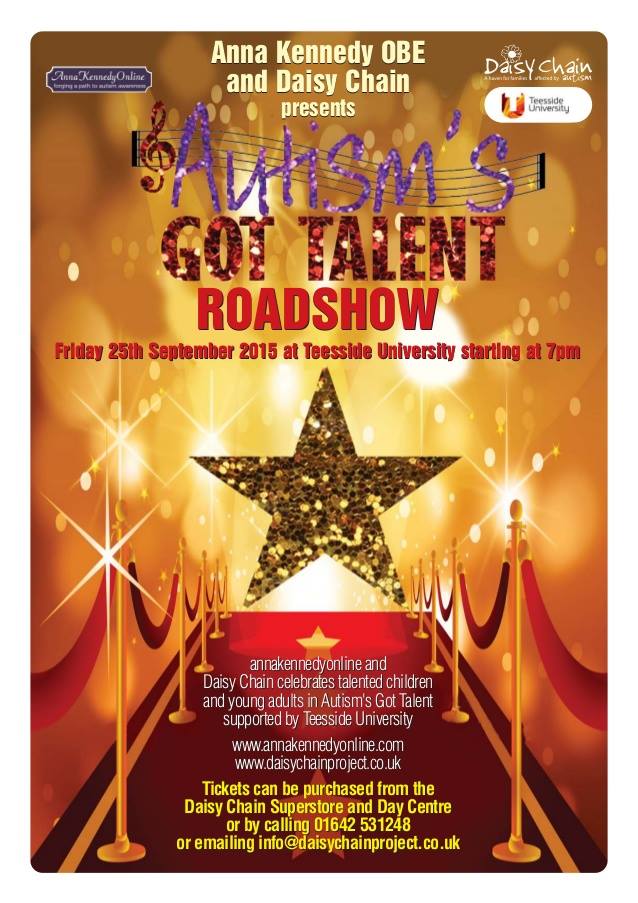 Performers showcasing their talent on this special evening are drum roll ….