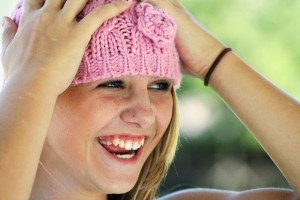 The reason people point to it as a positive of autism is that autistic people often have a particular way of being funny.  This could be a collaboration of multiple things: firstly there may not be the same social restrictions stopping them joking and laughing about certain things, and also – in much the same way that because autistic people’s emotions tend to be expressed differently – they can find themselves crying, and feeling upset in seemingly ordinary situations.

There is also a tendency for autistic people being able to joke about more serious issues – not in an unkind way; because autistic people also have a good eye for detail, and often strong imaginations, observational and situational humour can be quite common.

All of these possibilities could be contributing factors.    But what seems more likely is that sense of humour has nothing to do with autism itself.  It seems to be more of a case of this not being affected negatively by autism; different people will have different senses of humour, and it might not always be the person themselves being funny, just them finding something funny.  But it doesn’t matter what is amusing the person or what they are saying; when autistic people can struggle so much with recognising and expressing their emotions, then the expression of a laugh or a joke may take on a new kind of importance.

Another reason why it is important to express this as a positive is because for so many years it has been assumed that people with autism have no sense of humour whatsoever; that they don’t respond to anything amusing, and are certainly incapable of making jokes.  This stereo-type should have been left behind, but sadly it appears to still exist.  And therefore anything that can go some way towards changing it is a positive.  There are autistic stand-up comedians,* so even though some autistic people may struggle to understand jokes, to imply that people with autism are incapable of ever understanding a joke of any kind is obviously nonsense.