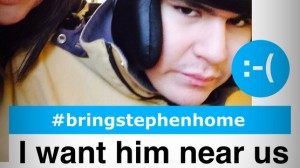 London, UK – Leonor Andrade-Martinez has launched an online petition via Change.org in order to bring her son, Stephen, 19 back nearer home. Stephen at present is in a psychiatric unit at St Andrew’s Hospital, Northampton, which is 80 miles from their Islington home. He has been there for the past 16 months. Stephen has severe autism.

Leo states in her petition:

I’m calling for NHS islington & islington Social services to bring my son closer to our family home, not have him hundreds of miles away!

Leo has teamed up with leading autism campaigner Kevin Healey in order to raise awareness about her son’s situation.

Leo explains in her petition that Stephen was at Acorn Park Residential School in Norfolk for two years but that in February last year Acorn Park told her that they could no longer provide care for Stephen resulting in the family only having 2 weeks to find Stephen a new placement.

“Social Services told us that the best place to put my son would be at St. Andrews. We were assured at the time that it was an autism unit. We were also told medications would be stopped along with a special diet, psychological intervention and therapy being put in place.

Needless to say none of this happened.”

Stephen at present is in a self-harming ward, not an autism specialist unit. 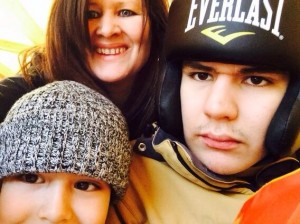 “Stephen is locked up 24:7. If my son is not having a good day or is unsettled they won’t take him out into the grounds, this is a huge space which Stephen would love. He goes for weeks and months without going outside into the grounds. For the past 15 months he has not been taken out into the community.

His social life is non-existent. If Stephen has a meltdown 4 to 5 people jump on him to restrain him. Sometimes this is up to 5 hours.”

Leo wants Stephen to leave St. Andrews and to be nearer home and to be correctly placed into a residential setting that cares for young adults with severe autism.

“Please help my family but most of all help my son.”