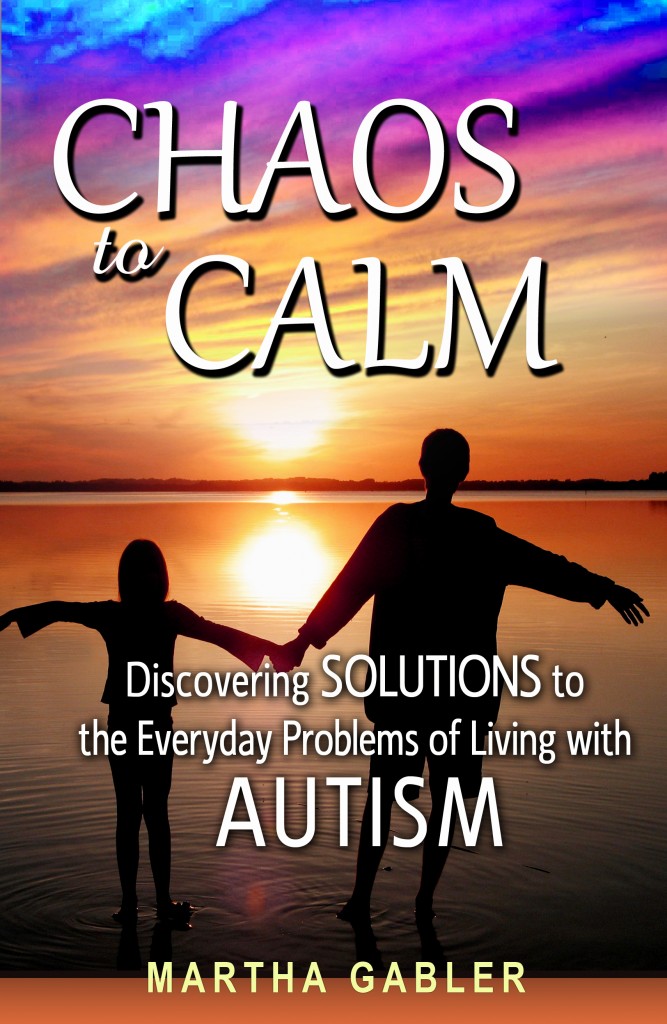 Martha Gabler, Silver Spring, Maryland – is a married mother, she has 2 teenage sons, and her youngest son, Doug 17 is nonverbal with severe autism. After many years of working with her son, Martha recently published her book, ‘Chaos to Calm’ Discovering Solutions to the Everyday Problems of living with Autism’.

Autism Daily Newscast had the pleasure of reading this book and then being able to find out more about the woman behind it.

Martha runs a tutoring company called ‘Kids’ Learning Workshop LLC’, as well as writing articles to help other autism parents solve or prevent behaviour problems over on her blog.
Martha candidly told us her personal story and how she came to create TAGteach.

She explained that when Doug was 3 autism swept into their lives.

“We struggled for a long time with an exhausting and frustrating situation, but eventually found a simple way to teach him helpful skills.”

Martha explained that for the first 6 years to which she now refers to as the “dreadful early years” her son had no functional skills, no speech, and had lots of disruptive behaviours including self-injury and aggression.

“Due to the bureaucratic and financial obstacles that all autism families face, we had no access to quality, intensive behavioural intervention.”

Martha tells that she went to many meetings with professionals to try and gain help and support in how to stop her son from hitting, biting, screaming, running, stomping, shrieking and spinning.

“The answer always came back, ‘you can’t stop behaviour, you have to teach replacement behaviours. Encourage him to play with toys or develop a hobby’.”

To which Martha would inwardly scream:

“If he could play with toys or develop a hobby, I wouldn’t be asking this question!”

Therefore Martha educated herself about behavioural science. She wanted to use positive behavioural supports to help her son.

“Despite his autism, he has always been a sweet, endearing child at his core. I knew that there must be a way to help him to enjoy life and to eliminate, or at least reduce, whatever it was that made so much of his experience intolerable to him.”

Finally Martha found ‘Teaching with Acoustical Guidance, a way to combine positive reinforcement with an acoustical support to teach skills.’ Martha started to use the techniques that she had found.

TAGteach is a teaching and communication method based on the science of Applied Behaviour Analysis (ABA).

This audible event marker is known as the “tagger” and is the key communication tool used in the system. The “click” sound marks behaviour at the time it occurs and means that ‘ yes you did something good’ while the absence of the tag means ‘try again’.

“With my acoustical support I was able to “tag” my child every time he did something positive.” 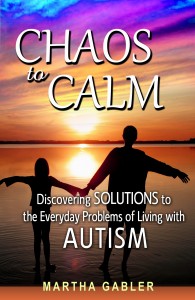 A tag refers to anything that makes a sound, so a whistle, bell, clap or tap with a spoon can be used as well.

Martha told that when she started doing this she was amazed by all the positive behaviours that her son was able to deliver and found that the more she communicated with him via tags and positive reinforcement, the more skills he learned and the happier he became.

“Despite the lack of speech, despite the sensory issues, the tag rang loud and clear and told him he had done something good. He loved that and responded brilliantly.”

Martha comments that her favourite moments were when she would tag him for something, and a look of total comprehension would flood across his face.

“With TAGteach, I communicated with my son by giving him lots of success. He learned many functional behaviours and our lives changed for the better.”

Martha’s son now participates in daily family life and goes with them to the grocery store, the bank, the park and many other places. He also participates in sports activities and enjoys swimming, ice skating, and horseback riding.

Martha is very clear in pointing out that there may be some who:

“think that this approach of tagging and treating is a way of taking away autonomy and producing a compliant robot-child. This is absolutely not true. This approach gives the control of the learning over to the child. He is the one producing the behaviours intentionally and by choice. Without learning new behaviours and then learning to control them, my son was at the mercy of his uncontrollable behaviours”

Martha adds that once Doug had the choice to do behaviours other than stimming, screaming and spinning, he chose to do these new behaviours more and more often.

It is also states in the book that TAGteach is not a cure for autism:

Martha told us that:

Martha also adds that TAGteach is good for adults on the spectrum as well as for children.

“think of adults with autism who will want to learn job skills. Think how great it would be to break the steps of a task down into small steps, then teach each step by carefully tagging the learner as he goes through the process.”

“Let’s use the technology and this knowledge and see where it takes us. I think we may all be surprised at the range of things that can be accomplished.”

BIO: Martha holds a Bachelor’s degree from Vassar College and a Master’s Degree from the George Washington University.

More information about TAGteach and autism is available at www.TAGteach.com/Autism_and_Special_Education.
You can view Martha’s Blog here
Book is available from Amazon here
You can follow Martha on Facebook and on Twitter
The Website can be found here

Martha talks about her experienceis in this months Autism Spectrum Digest, which can now be downloaded for android or apple devices.

Everyone experiences anxiety at one time or another, END_OF_DOCUMENT_TOKEN_TO_BE_REPLACED

Autism is a complex disorder with many facets. END_OF_DOCUMENT_TOKEN_TO_BE_REPLACED

Raising a child with autism is expensive, and END_OF_DOCUMENT_TOKEN_TO_BE_REPLACED

Neurofeedback is a type of therapy whereby the END_OF_DOCUMENT_TOKEN_TO_BE_REPLACED

Our series on autism and medication continues with END_OF_DOCUMENT_TOKEN_TO_BE_REPLACED

The Reason I Jump – a wonderful testament

The Reason I Jump: The Inner Voice of END_OF_DOCUMENT_TOKEN_TO_BE_REPLACED