Home
Featured
Part 3 – How common is it for couples to discover that they both have some level of autism?
Prev Article Next Article 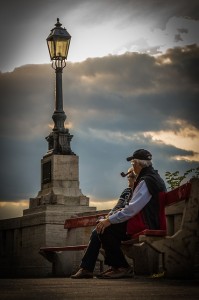 Editor’s Note: This is the last article in a series about autism within families.

Is it possible for two people with autism to be drawn to each other, even if neither of them has any idea that they have autism?

People frequently use clichés such as love is blind, and technically this is true, but how much do people fall for somebody partly because they can recognise similarities to their own personality?  The first thing that should be said is that plenty of autistic people date, and marry neuro-typical people.  This article simply looks at a type of relationship that can occur quite frequently; where both partners discover that they have undiagnosed autism.

A lot of autistic people find it hard to do things such as dating and socialising, and often they tend to find themselves going out with somebody else who is autistic.  This could be for all kinds of reasons.  There is the element of socialisation; if both people dislike loud noises, and crowds they may both be happy to have quiet dates, and not go out in public too much, whereas other people they have dated may have always wanted to be going to clubs or bars.  They may find it easier to talk to somebody else who is autistic about things that are affecting them, as that person will have a greater understanding than a neuro-typical person ever could.  They may also have the feeling of being able to take control of a situation, for example if they have been out with neuro-typical people who have always felt more confident travelling and socialising than they have, then going out with somebody else who is autistic – and may feel equally as anxious – might put them at ease, and make them feel more confident about themselves.

Of course a lot of people who know they have autism are drawn to each other, and find that their personality type simply clicks better with fellow autistics than it would with any neuro-typical partner, but what if both people had no clue that they have autism?  Is it possible for the points listed above to apply on a sub-conscious level?  If you look at the amount of couples being diagnosed with autism who either knew one partner had it, and then found out the other one did as well, or else were both diagnosed after they found out their child was autistic, then it would appear that yes, it is possible.  It does seem that a lot of undiagnosed autistic people are finding that they are only really able to be comfortable, and at ease with somebody else who is autistic.  The chances of two people meeting and connecting, and both being diagnosed with autism, and the autism playing absolutely no part in their relationship, seem very slim – and the fact that this is happening to so many couples makes them even slimmer.