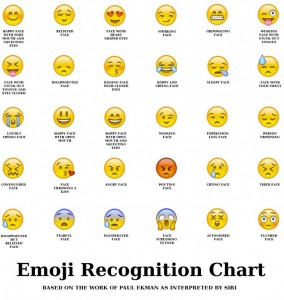 Emoji. Haven’t we all from time to time had a disagreement about what one means? If a smiley face actually means smile, or an upside down frown? The emoji has been about now for just over 14 years, and become a standard form of communication at the end of a text, in an email, twitter and facebook stati, but people are still open to misinterpretation.

New York performance artist Genevive Bellaveau, is fascinated by these misinterpretations and her show Emoji Autism Facial Recognition Therapy wowed the critics at the annual Emoji Art Show in Manhattan.

The Emoji system and its micro expressions were explored by the Paul Emkan in a paper published online last year.  Macro expressions or the blanket expressions that are shown one a person’s face during social interactions may not honestly depict how a person is feeling.

The art show sees Bellaveau being a therapist of sorts and “patient”s placing themselves on a visual emoji spectrum of faces, icons and animals. The faces she uses based on the Apple Siri system interpretation is not a scientific approach, but she says it’s a literal translation of where someone would place themselves on the spectrum.

“Literal language is one of the indicators of Asperger’s Syndrome, so people who were very literal in their interpretations, they answered the question exactly [without much detail], they were on the lower end of the spectrum.”

Choosing a broken heart icon, would be thus more literal a choice than choosing a red faced blush.

Bellaveau incorporated her psychological learning into the show. She said:

“One of the underlying causes I was trying to champion was to raise the question of autism and the idea of differentiating normal and non-normal behaviour. There’s a lot of conversation about the autism spectrum and whether we’re all on it or not. Language is a very rigid means of expressing the infinite emotional capabilities of humans. It’s a human rights question: Do we need to create these barriers and differences, and what can we do to even the playing field?”

Bellveau also worked alongside with experienced autism workers to build the pop art show which has hit New York by storm. It even incorporates a woman who works with autistic children.

Emoji Autism Facial Recognition Therapy examines our difficulty grasping the meaning of emoji, and draws parallels to the difficulty those living with autism have recognizing emotion. In that regard, it asks many of the same questions posed by her earlier works.

“I’m interested in relationships between people. Maybe ‘relational aesthetics’ is another way to think of it. At the heart of it, [I focus on] why people want to connect with one another, what they do to connect, and what happens when connections break down?”

Belleveau’s chart raises fascinating questions about the evolution of instant digital communication, our interpretation of that communication, and how our misinterpretations of it may not be so different from the social traits we often we stigmatize.

Belleveau is right alongside us; she says the work only prompted more questions, ones beyond those that birthed the piece in the first place. 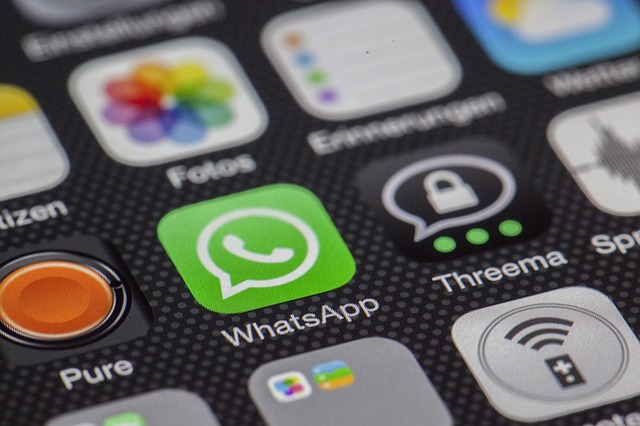 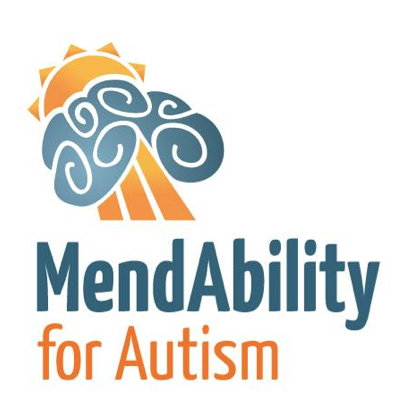 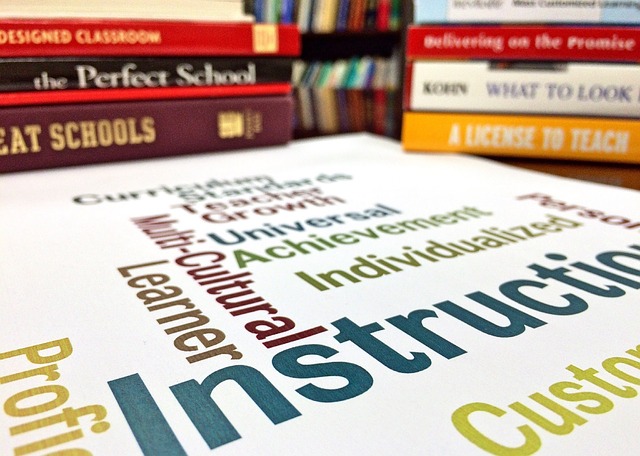