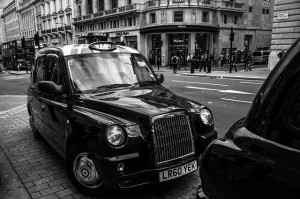 Coventry, UK – Trevor Bott, who has autism, had been to the Rainbows nightclub and was needing a taxi ride home. He has now told of how  the taxi driver refused to take him  home as the  taxi driver believed that he was drunk.

Mr Bott told that a security guard working at the nightclub tried to explain to the driver that Mr Bott was autistic  but the driver still refused to take him home.

Harvinder Gata-Aura, who is the chairman of the Unite branch of Coventry taxi drivers, told:

“We’re really sorry on behalf of all the taxi drivers. It shouldn’t have happened.”

Mr Bott has been attending the nightclub for ten years and did manage to find another taxi ride home in the early hours of the morning of November 23.

Gary Joines, manager of the nightclub told that he has never seen Mr Bott drink alcohol. He has also helped Mr Bott write a letter of complaint to the city council although he states he does not want the driver to lose his license.

“It’s not to get this guy to lose his license or get him disciplined – people just need to be aware you can’t treat people this way,”