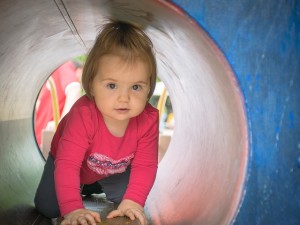 Amherst, Mass. — A doctor from the University of Massachusetts Medical School has come up with an invention that comes in really handy at a time when resources for the early diagnosis of autism in children are scarce.

Associate Professor of Pediatrics and Chief of the Division of Developmental and Behavioral Pediatrics Dr. Roula N. Choueiri came up with The Rapid Intervention Screening Test for Autism in Toddlers (RITA-T)— a test designed to be used in assessing at-risk toddlers aged 12-36 months in early intervention and pediatric settings using interactive play-type activities.

According to Dr. Choueiri:

“We believe that the use of this tool will greatly expand effective autism spectrum disorder screening, which would lead to better and earlier identification of autism and, thus, earlier access to important treatment.”

At this time, the American Academy of Pediatrics recommend that children undergo screening for autism spectrum disorder (ASD) at 18 and 24 months, but the scarcity of resources— which results in incredibly long waitlists— has made it impossible for children to be diagnosed at an age this early.

Because of this, children are diagnosed at a much older age, usually at around 4 years on average.

Current tests being conducted by diagnosticians are lengthy and often yield high false-positive results for ASD, although they are regarded highly effective in identifying developmental delays in children.

Dr. Choueiri’s RITA-T test, on the other hand, is comprised of a series of play-interactive tests which can be administered and scored in under 10 minutes — requiring far less of the children’s and their families’ time.

Dr. Choueiri and her co-author, Development and Educational Services Inc. Director of Behavior Sheldon Wagner, PhD, now plan to study how RITA-T will function in other settings, including pediatric clinics, by incorporating early intervention programs that are Worcester-based.

A study on Dr. Choueiri’s work will be published in The Journal of Pediatrics in August, and an online version of it is now currently available here.