Home
Entertainment
Books
Catch up with Val Sheeran, author of Tony the Turtle book series for children with autism
Prev Article Next Article 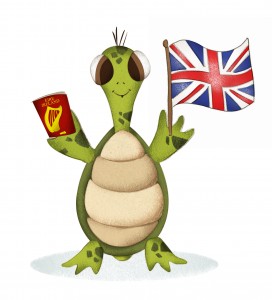 Ireland – Val Sheeran is author of the Tony the Turtle book series which are aimed towards young children with autism. We chatted to Val back in July 2014 and our interview with her can be read here.

Val has now released volume two of her series, with another three books for children to read and enjoy. These include  Tony Goes to a Playground, Tony Goes to a Party and Tony Goes in the Car.

I have had the great privilege of reading the new set of books and have shared them with my son, aged seven years, who has autism. His favorite so far is Tony Goes to a  Playground.

The following is taken from the book:

“The playground is busy, it’s Saturday.

Tony wants to run to the swing, but must wait, as someone is in!

For Tony, waiting can be very hard, so Dad finds his waiting flash card.

Tony looks at the waiting sign, and listens when Dad says wait in line.” 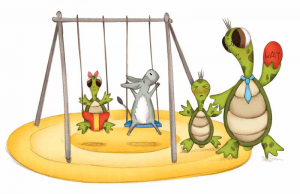 I wanted to catch up with Val and to find out more about the new set of books and what the future holds for Tony the Turtle.

What I hadn’t realized was that Val had written all ten books, one after the other, although as to date only six have been published. Val told us;  “I started with Tony Goes Shopping and wrote one every day for the week.”

What inspired you to write the second trio of books?

The 3 new books I felt were activities that were more common so I decided to go with those. Parties can be difficult and all the kids I worked with had different experiences, so I put as many scenarios into the book as I could. Once parents pick up the helpful hints and tips, then I feel I have done something right. It can make the day so much easier for everyone. 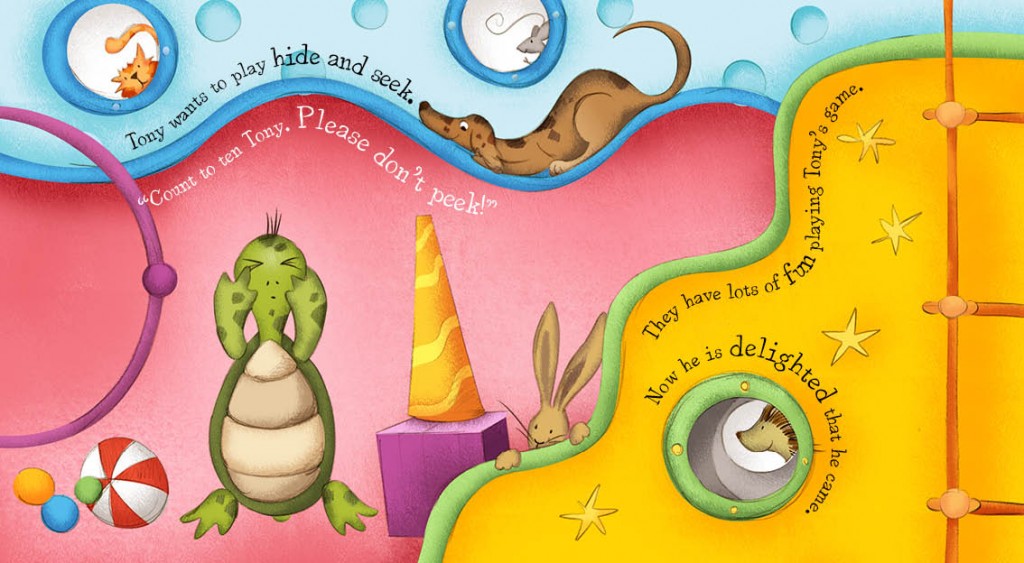 Sharing and turn taking are also big issues  for kids on the spectrum so I felt Playground and Party addressed these issues well.  Going in the car is something that is more often than not an everyday occurrence and I have worked with several kids who find going in the car difficult so I put everything in the book I use myself to help make going in the car a more enjoyable experience.

When I started writing the books I used all my personal experience to create a learning resource that would empower parents and help children on the autism spectrum to not feel alone. I have heard from several parents that their child tries something new because “Tony does it”.  It is always great to hear that as I feel that’s what the idea was all about.

What response have you received from the autism community?

I have received wonderful positive feedback from the autism community; I have attended several Autism Conferences and Autism Expo’s around the Country.  Last Christmas the books were chosen for the Late Late Toy Show here in Ireland which was a huge accolade for me and resulted in lots more Tony fans.  Last week the books were advertised on Sensory Processing Disorder Parent Support which has a huge global following of 120,000 people. Tony has fans from all across America now  as well as Canada and Australia which is very exciting. 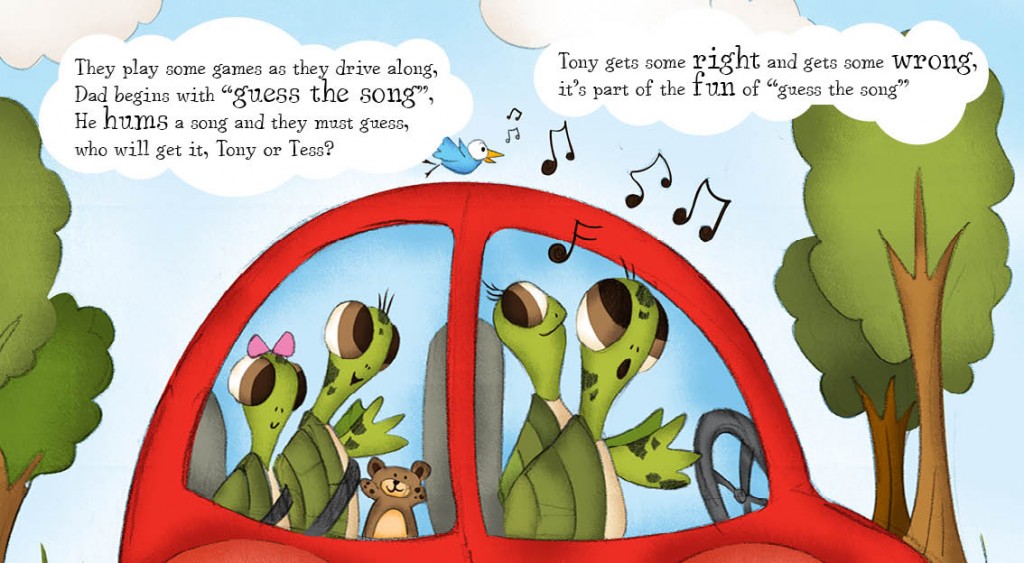 You recently went to America with your books, what happened there?

I have recently returned from a trip to the United States where I introduced Tony to schools in New York and North Carolina. They all loved Tony and the way the books gently convey positive messages in an informative respectful way.  The trip was wonderful although very cold… was snowed in for a few days!!

Have you heard of any success stories due to your books?

Val sent me some of the following messages that she had received:

“They are his fave, we all love them, they explain so much in such a nice fun way! Great work!!” 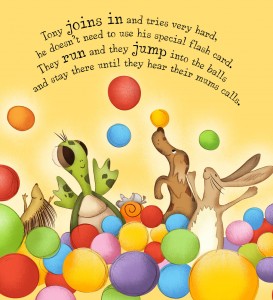 “Hi Valerie I got your books and they are only fabulous my son with asd loves them also it has helped my other children realize that there are other kids like there brother please let me know when next 3 books are out , will want them to thanks again.”

“My son loved the book. He really can see himself in them. Can’t wait for the next installments, will try and spread the word here in LA!”

What is next for Tony the Turtle?

I am going to continue to promote and introduce Tony to the world; I was thrilled to expand his audience across the globe with the help of Sensory Processing Disorder Parent Support.  I will also continue to show Tony to perspective publishers and continue with my day job as a tutor where I get all my inspiration for future Tony stories.  I won’t give up until Tony has helped every child and parent who needs him.

He won’t be going into his shell anytime soon. 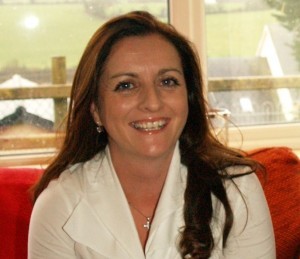 Valerie studied Social Studies in Cork Institute of Technology, and while there did a work placement in Enable Ireland.

After graduating she went on to work as a Special Needs Assistant in Scoil Éanna, a special school that is part of Cope Foundation. While doing so she spent a further 5 years studying at night for a Montessori degree, with a focus upon special education.
She then became a home tutor for children with autism.

Valerie started writing social stories to help families after the child was initially diagnosed with ASD, which many parents reported were a great help. 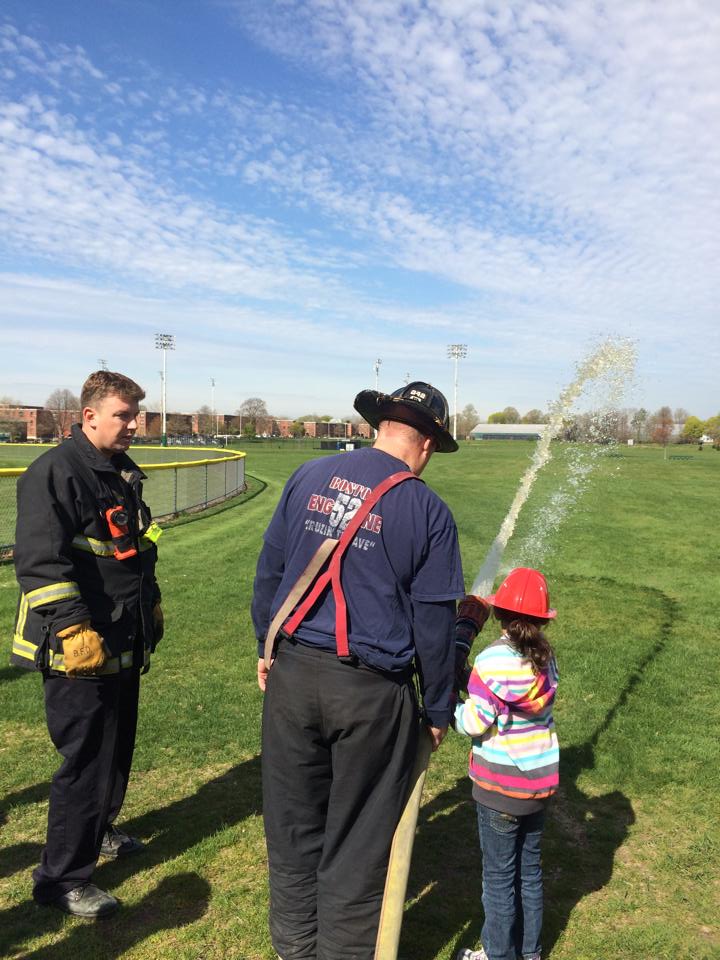 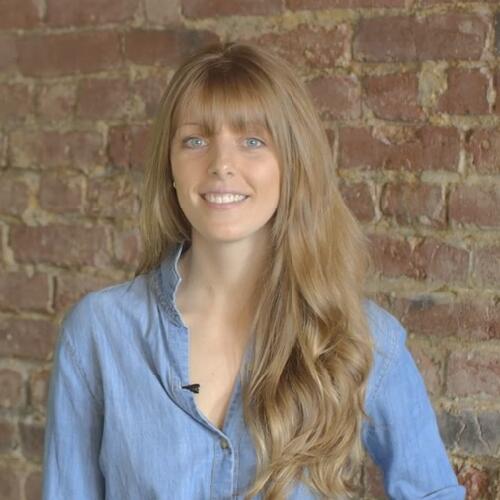 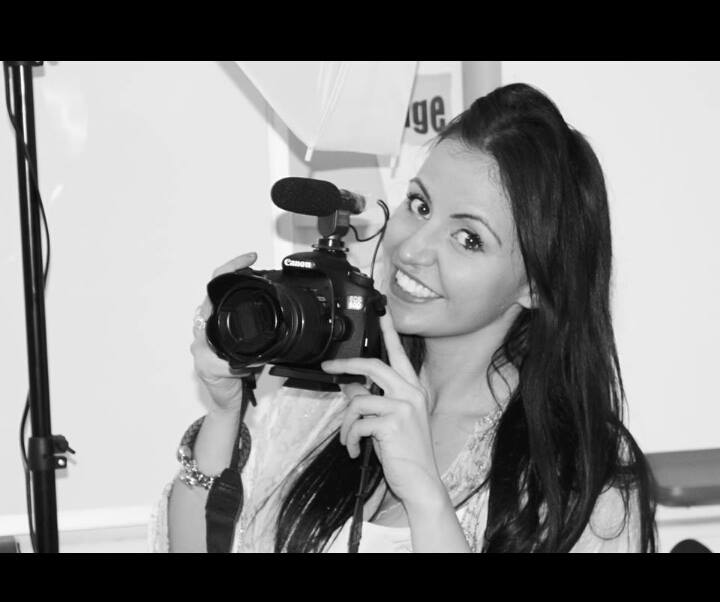