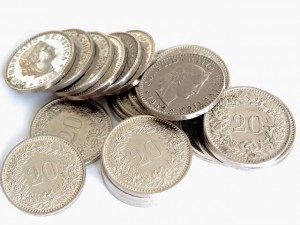 On occasion people with autism may refuse to pay a bill or tax because they are adamant that it is unjust in some way.  This comes from autistic people often having a strong sense of justice.  If the money being requested seems unjust in some way, for example the price of something has risen too high, or the individual has strong political opinions on a certain tax, for example Council Tax, then some people with autism may refuse to pay, regardless of the consequences.  This is an example of people with autism getting themselves in to trouble because they refuse to give in, when their sense of moral justice is challenged.   It is important for people with autism to be able to understand the consequences of what can happen in situations such as this: charges, fines, court appearances, or even prison.  They may need guidance on this issue from a trusted relative, or friend, or it might be a good idea to speak with a Welfare Rights Officer, for further explanation or support.  The autistic person may be able to use their good sense of logic to make sense of this; the amount of money may be high and feel unfair, but if the risks of not paying include prison then it is worth compromising and paying the money.  Writing to an M.P. or councillor, or starting a petition are practical things that the person can do if they want to instigate change in a certain situation, but initially the bill or tax must be paid to protect the autistic person from what can be quite severe consequences.

Sometimes people with autism can struggle with their organisational skills, as discussed in articles one and two.  One of the things that they often find the hardest in life is dealing with dead-lines.  Obviously when it comes to paying money dead-lines are incredibly important.  Simply saying that a lack of organisation led to not paying the bills on time will not mean that the electricity will not be cut off.  The best way of combatting lack of organisation is to try to use routine.  Paying bills via Direct Debit can be helpful, and having a paper and electronic system for recording expenditure can be useful.  It might not be easy to organise things at first, but putting a bit of effort in can often mean that there is very little organising to do month by month. It might also be worth talking to a professional at the bank about the best way to organise monthly payments, and any other ways in which they can help.

It is worth not waiting until the autistic person is ready to leave home before they start dealing with money.  If they can be involved with financial decisions, and organising their own money from being a young child, then as an adult their skills will be much more well-rounded and developed, and they will be more confident when it comes to dealing with money.

In conclusion, it is very important for autistic people to be as in control of their finances as they can be.  It might not always be easy, and will likely come with its fair share of problems, but financial independence is a key part of maturing and becoming an adult.  And the option should be there for anybody who feels they want to take it, regardless of whether they have autism or not.  Not everybody will be able to achieve full financial independence, but even having some financial control over their money is an important thing for most people, and this is no different for people who have autism.