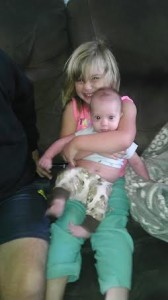 Ashley Steele 25 from Torrance, California – is mother to 2 children, Taylor 4 months and Sadie 5 who has Autistic Spectrum Disorder.

We asked Ashley to tell us more about the Cute Kid competition that Sadie had entered to help promote autism acceptance and awareness. She told us that she came across the competition randomly while trying to look for some talent agents to meet with her daughter. Sadly however Sadie’s intense therapies, school schedule and challenging behaviour made that impossible.

Then Ashley stumbled across the competition online.

“I was going to enter her and there’s a spot when you enter the photo that you can type a cute or catchy caption and I decided Sadie and I were going to spread awareness about autism and touch as many people on social media as possible.”

“Every person who comes across her link and clicks it is immediately taken to her picture, a picture of a beautiful child with autism.” 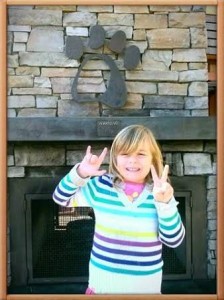 Ashley hopes that by people seeing her little girl in the contest they may then look for further information about what autism is.

“We hope people will continue to share with each other and that every person it touches will teach another. It’s kind of a pay it forward for autism.”

Ashley adds that there is no special section for children with disabilities in the contest but that Sadie’s caption reads:

‘Sadie the beautiful face of Autism’

Underneath the photograph on the CuteKid.com website it says

‘I have AUTISM and I’m an AMAZING child who never lets it get me down. I always have a smile on my face’

Ashley decided to add Sadie to the contest every month in order to continue to spread autism awareness.

We were curious to find out how else Ashley promoted autism acceptance and awareness. She told us that autism awareness is part of their daily life and that they talk openly about the autism journey that they have been on. Ashley also had special t shirts made for the whole family and participates every year in the Los Angeles Autism Speaks walk.

We asked Ashley if she had any final words for our readers. She told us: 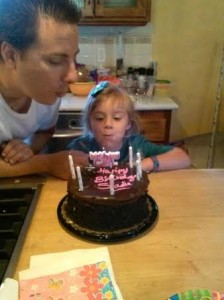 “To parents of newly diagnosed children, it does get easier, right now your worlds turned upside down, you’re worried about your child’s future and success in life and happiness, but just remember There was a time I wondered if she would ever have a normal life functioning In society, or be able to communicate with others or simply tell he father Victor and I that I love you. It took four years to hear those 3 sweet heart melting words but I would have waited an entire lifetime.”

“Give your child extra love and attention, be patient and understanding but firm with your rules. Always be proud, your child is special, I am “

The Cute Kid competition is a monthly completion that runs from the first day of the months to the night before the beginning of the new month. You can vote for Sadie here.
You can follow Ashley on twitter @ashleysteele420
Facebook Autism We Care group
Ashley’s Facebook page 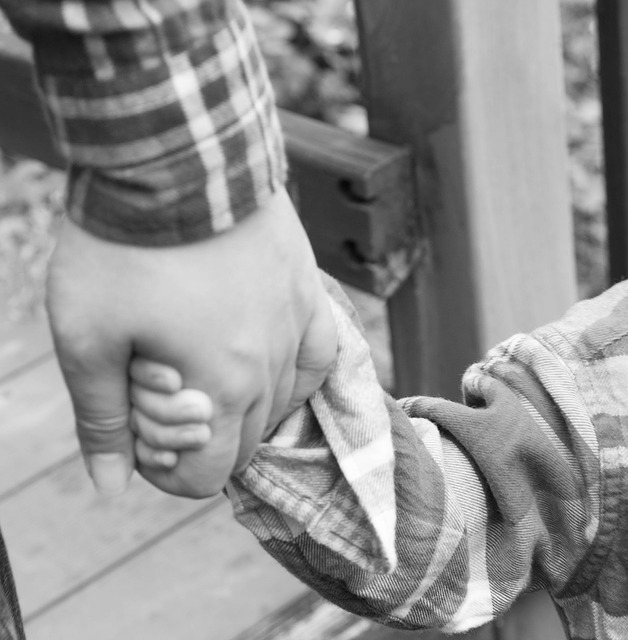 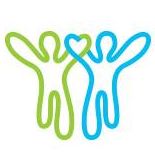 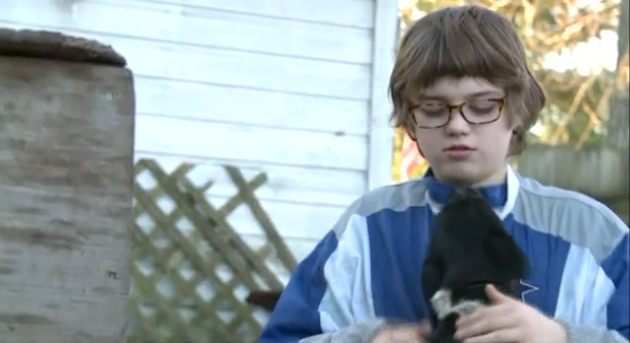