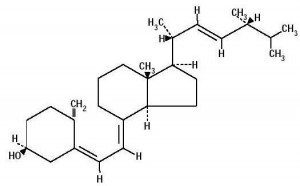 “At present, for at least a subgroup of ASD [autism spectrum disorder] individuals, an imbalance in VD [vitamin D] metabolism probably exists and may be associated with the condition”. That was one of the conclusions reached in a new review of the peer-reviewed research literature undertaken by Pioggia and colleagues* based at the National Research Council of Italy – Institute of Clinical Physiology in Messina, Italy.

Surveying the various research studies undertaken on autism and vitamin D – often called the sunshine vitamin as a consequence of its synthesis following sunlight exposure – they concluded that further research is required to determine how vitamin D deficiency might come about in relation to autism. Further, whether supplementation with vitamin D may produce effects well beyond the more traditional relationship associated with aiding calcium absorption and preventing rickets, a disease affecting bone development.

Several independent research groups have reported vitamin D deficiency in relation to cases of autism. Deficiency issues, whilst also quite common in the general population and among more specific groups presenting with various conditions, seem to span both different geographies and different age ranges when discussed with the autism spectrum in mind. Various other psychological presentations known to be quite frequently comorbid to a diagnosis of autism, such as depression, have also been talked about in terms of vitamin D deficiency, further complicating the true nature of any potential relationship.

The available data on the effects of vitamin D supplementation where a deficiency is identified in cases of autism has suggested that there may be some positive behavioural consequences following treatment**. Such studies however, have been based on either single case reports or open trials of supplementation, complicating any attempts to directly link vitamin D supplementation to a reduction in autistic behaviours for example outside of other interfering variables playing some role in any results obtained.

Further investigations are indicated on the basis of the available literature.

Read more about this work at: http://questioning-answers.blogspot.com/2014/10/vitamin-d-supplement-improves-autistic-behaviours.html