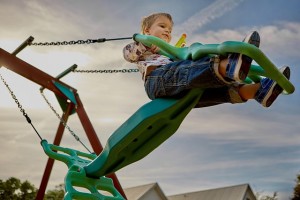 While numerous studies have already shown evidence that behavioral interventions are reliable in helping children with autism acquire new skills and independence, most of the research done focused primarily on highly skilled professional therapists in laboratories that are highly controlled.

In the real world, however, behavioral interventions are often delivered by overstretched educators often working in schools with very limited resources. So to test just how effective behavioral interventions really are even when being carried out in a normal environment by less skilled professionals, a group of researchers from the University of Pennsylvania conducted a study.

The research team spent months training and coaching public school teachers from the School District of Philadelphia on behavioral interventions. The teachers were taught to deliver interventions from the Strategies for Teaching based on Autism Research (STAR) program.

The scientists decided to focus on studying which parts of the behavioral intervention can be considered as the most impactful on the children with autism.

The Strategies for Teaching based on Autism Research (STAR) program has three parts: the discrete trial training, the pivotal response training, and the last part, which involves establishing functional routines.

During the discrete trial training, the teachers train the children to learn new skills, while in the pivotal response training, the children are encouraged to take the lead while the teachers try to inject teaching of new skills based on what the child is doing. For example, if the child decides to play with blocks, the teacher may later on stack up some blocks or come up with something creative with the blocks in order to teach the child new skills. On the other hand, in establishing functional routines, teachers use either verbal prompts or pictures to help the children carry out their routines.

The scientists observed that none of the teachers were able to deliver the behavioral intervention as it was intended, and many major points that make the intervention effective were missing.

But they also observed that among the three parts of the STAR program, the pivotal response training appeared to have been the most impactful on the children. Teachers who were more focused on this part of the program were able to help the children in ways where significant improvement were evident.

Researchers are planning to conduct further studies on their new findings, in hopes of establishing whether pivotal response training is in fact the most important part of behavioral interventions.