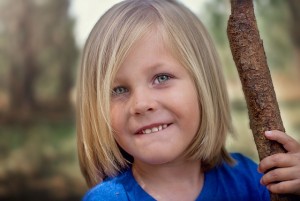 oston — A study conducted by researchers at the Boston Children’s Hospital shows that an early diagnosis of Attention Deficit Hyperactivity Disorder (ADHD) might be causing clinicians to overlook autism in young children.

In a research recently published online, the researchers scanned data from the National Survey of Children’s Health involving 1,500 children who were diagnosed with autism.

The researchers discovered that children who were diagnosed with ADHD by clinicians at an early age were inclined to get a late diagnosis for autism— at usually age six years and up. The authors noted that this can significantly impact the children’s treatment, as many researches established that early intervention plays a vital role in helping children with autism spectrum disorder reach their full potential.

“It’s been shown the earlier that you implement these therapies for autism, the better children do in terms of outcomes. Three years is a significant amount of time for the kids to not be receiving therapy.”

The researchers pointed out that autism and ADHD share a number of similar manifestations and symptoms, as well as brain pathways and generic factors. This, the authors suggest, is often why young children are misdiagnosed with ADHD.

The researchers also noted that the children initially told they had ADHD were around 30 times more likely to get a late diagnosis for autism— which is usually after the age of six — compared to the children who were initially diagnosed with just autism, or both autism and ADHD.

Researchers say this data may be indicative that doctors have a tendency to diagnose children with ADHD too early, causing them to often overlook manifestations of autism in patients.

“In fact, these children may have a neurodevelopmental problem that is going to change over the next few years, and will be much more apparent at 4 or 5 years than it is at 2.

“We don’t usually make a diagnosis of ADHD in 3- and 4-year-old children. If we’re making a diagnosis at that early age, maybe we should be thinking about a developmental disorder that is more common for that age group, like autism.”

Dr. Miodovnik cautioned that parents must seek advice from a developmental pediatrician instead of a family physician if they notice red flags in their child’s behavior. He told:

“My personal clinical experience is that we see a fair number of children we evaluate for autism spectrum disorder at an older age who previously have had an ADHD diagnosis. There is a tendency that once a patient has a diagnosis, because they have a number of symptoms that fit that diagnosis, clinicians can develop a bit of tunnel vision where some other findings might be overlooked.”

“If you suspect ADHD in very young children, it’s probably best for them to be evaluated by a specialist, partly to not miss a diagnosis of autism, and also because managing a child with ADHD can be complicated.”