Committed to alleviating the suffering caused by mental illness by awarding grants that will lead to advances and breakthroughs in scientific research. (PRNewsFoto/Brain & Behavior Research …)

Recipients of the 28th annual NARSAD Young Investigator Grants are from 70 institutions in 16 countries. They were selected by the Foundation’s Scientific Council, which is comprised of 150 leading experts across disciplines in brain and behavior research, including two Nobel Prizewinners; four former directors of the NIMH; four recipients of the National Medal of Science; 13 members of the National Academy of Sciences; 20 chairs of Psychiatry and Neuroscience Departments at leading medical institutions; and 45 members of the Institute of Medicine.

“We are grateful to all of our donors for making this important research possible,” says Foundation President and CEO Jeffrey Borenstein, M.D. “The work of these young scientists will improve prevention, diagnosis and treatment, and brings us closer to finding cures to alleviate the suffering of people with mental illness.”

According to Dr. Borenstein, the Foundation’s successful model for funding brain research not only supports scientists throughout their careers, but can make a huge difference in the career of young investigators, permitting them to begin careers as independent research faculty or garner pilot data for innovative ideas to develop “proof of concept” for their work.

Once the grant project is complete, these young investigators usually go on to receive subsequent funding valued at 11 to 19 times the original grant amount. In many cases, NARSAD Grants offer the first critical support for a young scientist’s work that may not otherwise receive funding.

“More than 60 percent of our Young Investigators are focusing on the kind of basic research that will lead to understanding about how the healthy human brain gives rise to the miracle of thought and consciousness, and how genetic, cellular and circuit anomalies lead to the full panoply of brain disorders,” says Herbert Pardes, M.D., President of the Foundation’s Scientific Council and Executive Vice Chair of the Board of Trustees at New York-Presbyterian Hospital. “These grants fund the kind of high-risk, high-reward research that may change lives and end the suffering that psychiatric illnesses bring so many.”

The Scientific Council reviewed more than 700 applications to select this year’s 191 Young Investigators. In addition to the 60 percent of the projects funded for basic research to understand what happens in the brain to cause mental illness, approximately 30 percent of the grants fund projects that aim to develop next-generation therapies to reduce symptoms of mental illness and, ultimately, cure and prevent brain and behavior disorders. The remaining 10 percent, fund the development of new technologies to advance or create new ways of studying and understanding the brain.

About the Brain & Behavior Research Foundation
The Brain & Behavior Research Foundation is committed to alleviating the suffering of mental illness by awarding grants that will lead to advances and breakthroughs in scientific research. The Foundation funds the most innovative ideas in neuroscience and psychiatry to better understand the causes and develop new ways to treat brain and behavior disorders. These disorders include depression, bipolar disorder, schizophrenia, autism, attention-deficit hyperactivity disorder, anxiety, borderline personality disorder, obsessive-compulsive disorder and post-traumatic stress disorder. Since 1987, the Foundation has awarded more than $340 million to fund more than 5,000 grants to more than 4,000 leading scientists around the world. This has led to over $3 billion in additional funding for these scientists. The Foundation is also dedicated to educating the public about mental health and the importance of research including the impact that new discoveries have on improving the lives of those with mental illness, which will ultimately enable people to live full, happy and productive lives. For more information, visit www.bbrfoundation.org. 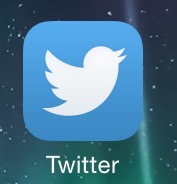