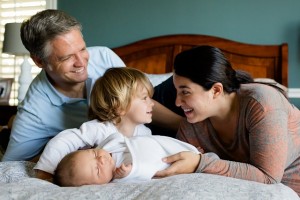 Both long and short temporal spacings between pregnancies may elevate the risk for offspring receiving a diagnosis of autism or autism spectrum disorder (ASD) according to researchers* based at the University of Wisconsin School of Medicine and Public Health in the United States.

Maureen Durkin and colleagues looked at a large cohort of second-born children, a small percentage of whom “were found to have ASD at age 8 years.” They examined the timing of pregnancy comparative to the birth of their older sibling, the so-called interpregnancy interval (IPI). They concluded that “both short (<12) and long (>84 month) IPIs were associated with a two-fold risk of ASD relative to IPIs of 24-47 months.”

These findings follow other research on the IPI and autism risk that found similar trends. Data for example, from an analysis of a large population database based in Norway also reported that a short IPI (less than a year) may increase the risk of autism in second-born children.

Accepting that correlation is not necessarily the same as causation, and the multitude of other factors during pregnancy that have been put forward as elevating the risk of offspring autism, these are potentially interesting findings. Speculation still surrounds the possible reasons to account for any elevated risk. Some have suggested that a short IPI may predispose second-born children to a less ‘nutritionally’ favourable environment in-utero. It is well-known that pregnant mothers are at heightened risk of nutritional deficiency during and shortly after pregnancy as a function of their ‘sharing of resources’. In this context, various nutrients critical for the developing child may be lower in a second, closely-spaced pregnancy. Investigations continue in this area.

Read more about this study at: http://questioning-answers.blogspot.com/2015/02/autism-and-inter-pregnancy-interval-again.html