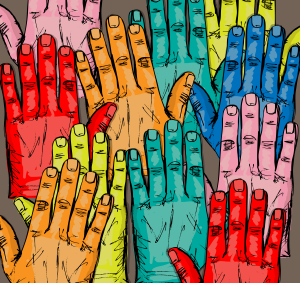 It’s funny how proponents of “neurodiversity” seem to tolerate next to zero diversity in terms of any autistic person disagreeing with them.

Kind of like every other proponent of any other kind of “diversity” that screams for “tolerance” at the top of their lungs.  The most bigoted, intolerant people that I have ever met in my life are the ones that preach “diversity” and “tolerance,” while screaming at me, who never claimed to be a tolerant woman.  (I accept the sinner, but will never, ever approve of their sin, nor should they mine.)

If I am in a wheelchair, I have the right to demand a ramp to get in to a building.  I do not, however, have the right to demand that other people stop using the stairs.  Sometimes I see people in the “neurodiversity movement” acting as if stairs are an evil invention designed to thwart people.  Or, more to the point, kudos to theaters that have “sensory-friendly” screenings, but I have zero right to demand that they make all of their screenings such.  (That said, I find most movies to be horrifically immoral anyway and I wouldn’t patronize them on moral grounds, even if my neurology were perfect.)

As small of a percentage of the population as autistics are, we cannot reasonably make demands of everyone else changing how they live just to suit us; it’s not fair to them.  Should I be forced to give up bacon just because Jews and Muslims can’t have it?  No, of course not.  (Nor would I eat bacon in the presence of either, by the way.)  21st century western society has apparently done so well on any “real” problems that we’re now trying to move Heaven and Earth to cater to the demands of <2% of the population, on many fronts.

Sorry, I’ll whine about autistic “discrimination” when we’re done killing babies in the womb because a pre-natal test showed that they might have Downs Syndrome, or because the father’s condom broke, the mother’s pills failed, and no one will dare whisper the word “adoption,” despite the existence of infertile women like myself.  When we get rid of real problems and injustice, maybe I’ll start shouting about autism problems.

I do think it’s harder to be an aspie female; feminazis have very strict “sisterhood” codes that, even when I know of them, I reject, and they’re unforgiving to those who think differently from them.

I’ve hated every single Rudy Simone book I’ve ever read for this reason.  She’s of them, she’s of their ilk, even aspie.  She has no idea what life is like for those of us who are truly outside the norm, but she’s arrogant enough to try and “speak” for me!  Her “Aspergirls” book is, in my honest opinion, a how-to manual to raise, be, or become a dysfunctional adult.  She never takes responsibility for her own actions and relationship failures.  I’m never allowed to pass off that responsibility!

That said, would I pursue a “cure” if there were one?

We’re all about “affirming” the experience of every other frakking demographic on this planet, no matter how obscure or flat-out immoral and depraved they may be, but the second the “autism gadfly” shares his experience?  “NOOOOOOOOOOOOOOO!!!!!!!!!!!  He can’t say anything like that!”

If the Gadfly was saying his autism made him question his masculinity, we’d be all over supporting him, or if he said he hated being masculine, being born a man, whatever, society would approve of “curing” him by castration, pills, and worse.  Why is it socially acceptable for him to, if he did, hate his 46th chromosomal pair and deny his biology with makeup and surgery, but he can’t wish to not be autistic?  It’s zero short of hypocrisy and a sign of how schizophrenic and flat-out stupid our society has become!

Note, this does also vaguely touch on why I said what a cure was, its form, would matter.  So yes, any “cure” for autism would have to pass my moral test, too.  Scripture clearly states that God created male and female; autism and the ilk, mental “differences,” are never mentioned, ergo they are not sacrosanct the way that sex is.  God created me as a woman; I have zero right to tell Him otherwise or to insist that He somehow made a “mistake.”  Autism is a different matter, however, and if He placed before me an ethical cure, (if embryonic stem cells are involved, I’m out!) I’d take it, for the same reason I take Adderall to manage my ADD at work or would take an antibiotic if I was sick.  Femaleness and fertility are my body working correctly; Asperger’s is my body working incorrectly.  We’ve got this whole mess entirely backwards.

I overall, regardless of any of the above, find that being a strict Catholic ostracizes me, stigmatizes me, separates me more from the rest of humanity than does Asperger’s.  Most people see the crucifix around my neck, the bumper stickers on my car, or they note that I’m not drinking even though I’m of age, wearing ashes, whatever it is, and they judge and avoid me based on that before they get to know me well enough to see that I have Asperger’s.  And lest it sound like I’m whining, I’m well aware and grateful that ISIS isn’t trying to decapitate me; Christians of any neurology have it far worse in the Middle East, China, and North Korea than anything I’ll ever experience, for AS or my faith.

I don’t get why autism is considered so different from anything else that can be wrong or abnormal with the brain.  I’ve read their arguments; I respectfully and humbly disagree. 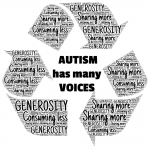 Jane Doe is a strict catholic, 30-year-old woman who grew up in the American midwest. She was diagnosed around age 5 with ADD and is self diagnosed as an aspie now looking for a formal diagnosis. Her work is in computers and her hobby is gaming. 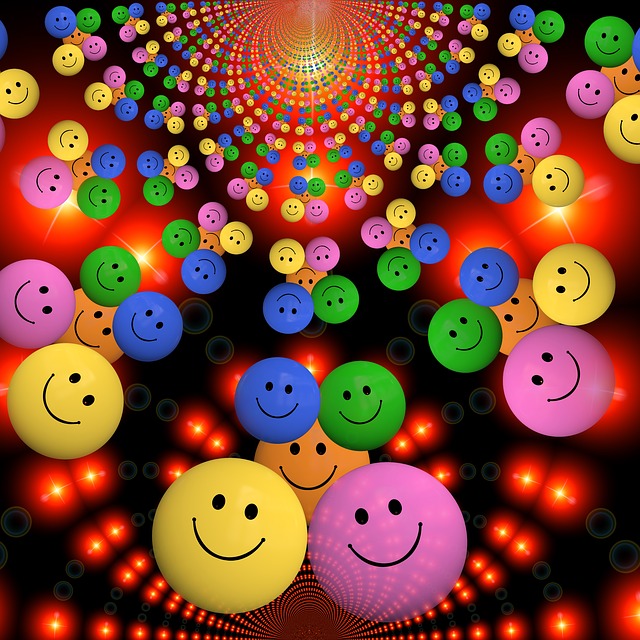 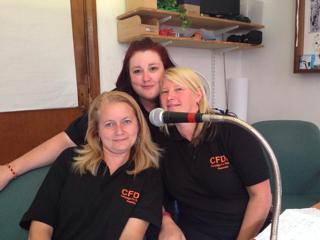 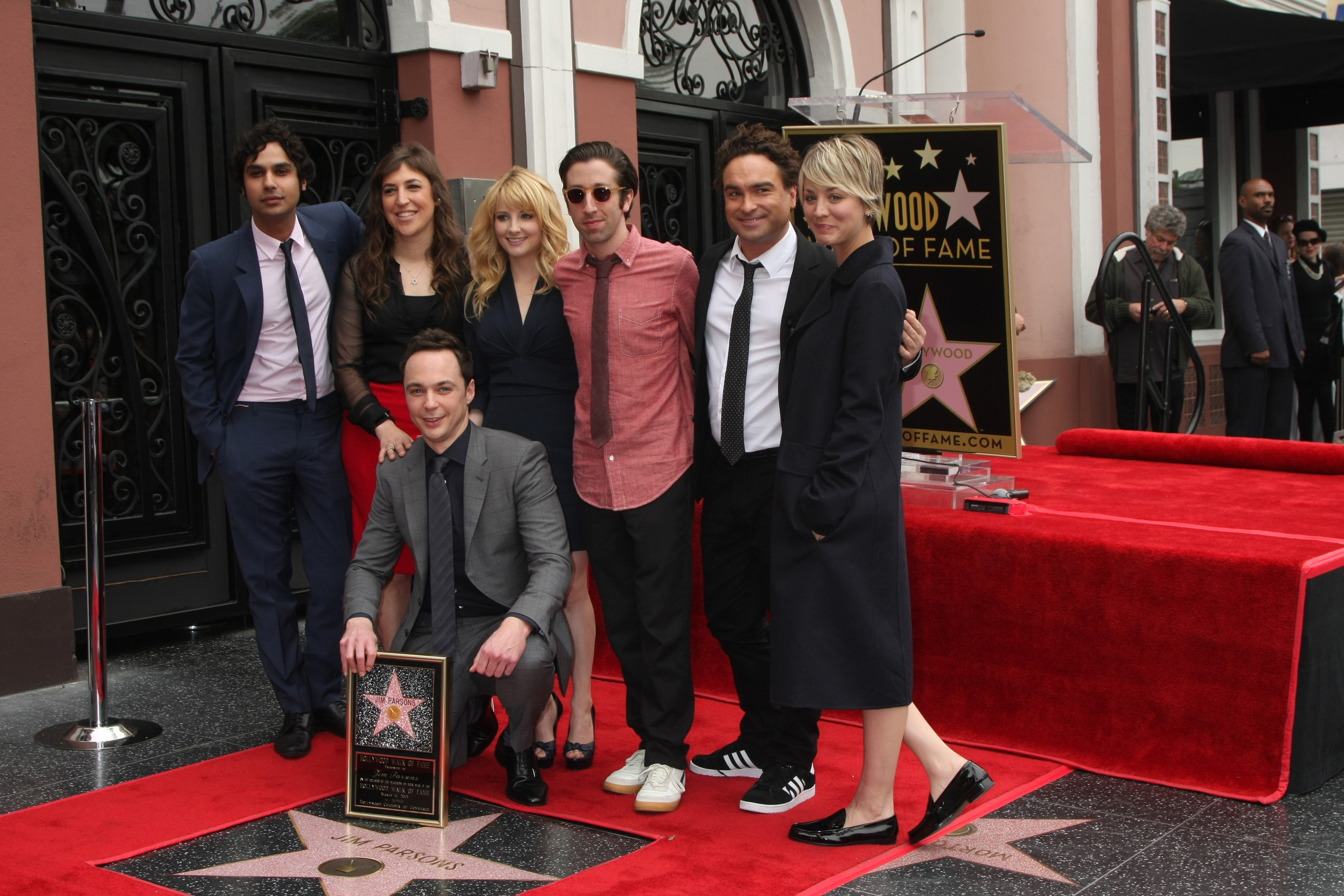