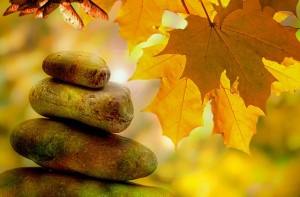 Based on a review of birth registries plotting information on the diagnosis and/or treatment of maternal thyroid disease and the presence of diagnoses of offspring autism spectrum disorder (ASD) and attention-deficit hyperactivity disorder (ADHD), Stine Linding Andersen and colleagues identified this potentially important correlation.

Researchers reported that based on a total population sample of some 800,000 children, over 30,000 were born to mothers with some sort of thyroid dysfunction – whether hypothyroidism, where an underactive thyroid means an inadequate supply of thyroid hormone is being produced, or hyperthyroidism, where too much thyroid hormone is produced. Thyroid hormones regulate a variety of important biological functions including those related to metabolism and also growth in the early years.

Whilst the absolute risk of a neurodevelopmental disorder being reported was low in the current study, the strengths of the study lie in the large numbers of children included for analysis and the detailed records kept in Denmark for most citizens. That also the authors have published similar work looking at the risk of childhood seizures for example, linked to maternal thyroid dysfunction is another strength of this area of investigation.

Further research is required to substantiate the Andersen findings and elucidate the possible mechanisms through which maternal thyroid function might affect offspring neurodevelopmental outcomes. Whether this implies some genetic association or more scientific weight given to environmental effects affecting thyroid function and onwards offspring development remains to be seen.

Further commentary on this study can be found at: http://questioning-answers.blogspot.com/2014/04/maternal-thyroid-autism-adhd-risk.html