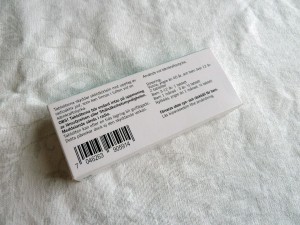 Investigations reporting low levels of important nutrients to be present in cases of autism are no new thing. Whether this means issues with the availability of certain vitamins or minerals necessary to avoid diseases of deficiency such as scurvy or rickets or just lower levels of nutrients required for optimal biological functioning, the research literature is quite voluminous in this area.

The causes of such deficiencies are still the topic of some research speculation although thought probably partly due to various feeding and dietary issues reported as present in some people with autism and potentially, other biological mechanisms.

A recent paper by Rasha Hamza and colleagues* adds to the discussion in this area, observing that within a small cohort of mothers of children with autism and their offspring, over half of study participants were iodine deficient.

Based on an analysis of Egyptian participants, findings for children with autism and their mothers found that 54% and 58% respectfully were deficient in iodine and further, levels of iodine were negatively associated with severity of autism in children as measured by the Childhood Autism Rating Scale (CARS). The levels of deficiency reported contrasted with no cases of iodine deficiency reported for a control group also studied at the same time.

Iodine is an important mineral for biological functioning due to the body’s requirement for iodine to manufacture thyroid hormones. Thyroid hormones regulate various processes throughout the body including how dietary protein, fats and carbohydrates are used. Thyroid hormones also serve important functions for the developing foetus with deficiency being linked to various developmental and neurodevelopment outcomes for infants. Varying levels of thyroid hormones have also been previously linked to cases of autism.

Whilst the Hamza study was a relatively small investigation looking at a very specific geographical population and also only providing a snapshot of iodine levels and CARS scores at the time of study, there is potentially more to be done in this area with a focus on the link between iodine levels and thyroid functioning in relation to autism. Further, whether supplementation may also have knock-on effects for the presentation of the condition.

Further commentary on this study can be found at: http://questioning-answers.blogspot.co.uk/2013/11/iodine-deficiency-and-autism.html