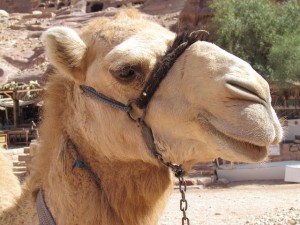 Of all the research links made between the autism spectrum conditions and food or diet, the suggestion that implementation of a gluten- and/or casein-free (GFCF) diet may positively impact on core or peripheral symptoms has perhaps generated some of the most intense discussions.

The idea that a diet devoid of gluten, the primary protein found in various cereal produce, and casein, found in mammalian milk and dairy products, could so fundamentally affect a person’s development and behaviour is still the source of both research and lay speculation. Not least because of the perceived lack of a reliable and consistent physiological explanation for such an effect. Concerns have also been raised about the nutritional effect of removal of such foodstuffs and how elimination of staple parts of the modern diet may further disadvantage a group who are already prone to dietary issues as a consequence of symptoms presented.

The report by Bashir and Al-Ayadhi* potentially offers a solution to some of the criticism of the GFCF diet with their preliminary suggestion that switching to an alternative milk source, from camels, might have some potential effects on overt behaviour and underlying biochemistry.

The researchers reported results based on a double-blind trial of camel milk vs. cow milk in a small participant group over two weeks. Alongside formally assessing the presence of autistic behaviours in the groups pre- and post intervention, researchers also measured levels of a particular cytokine – molecules of the immune system – for any evidence of changes. They noted that adoption of camel milk did seem to positively impact on scores of autistic behaviours accompanied by changes to the cytokine under investigation. Further than raw camel milk seemed to show more positive results over boiled camel milk.

Whilst these results are encouraging, one has to be mindful of the small participant group and short duration of study examined. A previous case report also reported similar changes as a consequence of switching to camel milk but again, further research is indicated. Questions also remain about the potential mode of action to account for the results reported.

Camel milk has been reported to be better tolerated by those with lactose intolerance (lactose being the sugar in milk). It is also likely that the protein structure of camel milk will differ from other mammals be that cows, goats or even humans. Both these elements have been previously raised in other autism research. Indeed, whether also the nutritional content of camel milk may differ enough from other milk sources and thereby demonstrate a possible effect for some on the autism spectrum. Questions remain about this potentially promising line of research inquiry.

Further commentary on this study can be found at: http://questioning-answers.blogspot.com/2014/01/camel-milk-for-autism-one-hump-or-two.html

Autism Daily Newscast first reported the use of camel milk as a potentially therapeutic agent for those on the autism spectrum back in September. You can also find a video from  Autism-Live where author Christina Adams shares the effects of camel milk as a treatment for autism for her own son.