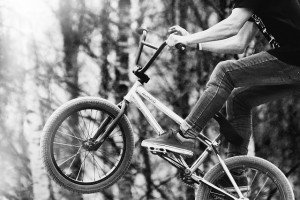 Williamsburg, NY – An 11 year old boy with autism was the victim of a mugging in a local park early this week.

Dell Jones was riding his new BMX bicycle in Lindsey Park when two assailants accosted him and beat the 5th grader about the head before taking both his bike and helmet. The youngster, who had been given the bicycle for Christmas, sustained bruising on his head as a result of the attack which raised the ire of his grandmother.

Mary MuCullen, who is both the youngster’s grandmother and legal guardian, had saved $400 to purchase the bike for Dell in an effort to give him “something special” during the holiday season. However Dell wasn’t able to enjoy it as he was mugged the first day he took it out for a ride and although his bruises  are now healing, the emotional trauma caused by the attack remain.

According to police, the perpetrators have not yet been identified however the situation has a silver lining: upon hearing of the youngster’s plight, two members of the community have come forward giving  Dell a new bicycle to replace the  previous one. McCullen is now thanking the public for the outpouring of support that she and Dell have received and has stated that any further donations will be given to charity.